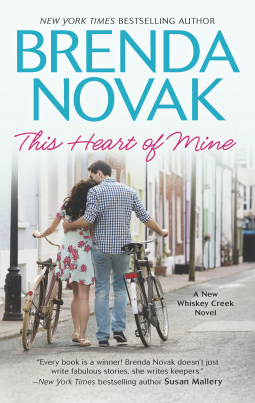 First love. Second chance? As the daughter of a hoarder, Phoenix Fuller had a tough childhood. So when the handsome, popular Riley Stinson became her boyfriend in high school, she finally felt as though she had something to be proud of. Phoenix was desperate not to lose him-especially once she found out she was pregnant. Yes, she might have acted a bit obsessive when he broke up with her. But she did not run down the girl he started dating next. Unfortunately, there was no way to prove her innocence. Now, after serving her time in prison, Phoenix has been released. All she wants to do is return to Whiskey Creek and get to know her son. But Jacob’s father isn’t exactly welcoming. Riley doesn’t trust Phoenix, doesn’t want her in Jacob’s life. He is, however, ready to find someone to love. And he wants a good mother for his son. He has no idea that he’s about to find both! (less)

Phoenix Fuller had a tough life growing with a hoarder. She soon meets handsome Riley Stinson who melts heart away while in high school. When she found out she was pregnant with Riley’s chilld she became determined to get Riley back. Unfoortuantely she appeared too determined and was then taken into custody and placed into jail for a crime she didn’t comit. Someone ran down Riley’s new girlfriend. Everyone including himself thought it was Phoenix. But, when Phoenix is released and tries to see and connect with her son. Riley and his dad put up a tough fight. Riley at first is still stuck with the belief the Phoenix was the one who killed his other girlfriend whom he started dating right after Phoenix. But soon, he discovers the his son’s moter was innocent of all guilt. And all Riley wants is  someone to love that will be a good mom to his son. Can he find that in Phoenix who is their child’s mother? Can Riley give Phoenix the chance she needs to prove herself to him for their son’s sake? Or will Riley continue to fight Phoenix all the way? This novel is a must read. A realistic story that is fast paced and luring. A novel that will capture every reader’s heart with an unforgettable story. I highly recommend reading This Heart of Mine by Brenda Novak. Brenda Novak is a best-selling author that can write emotinal and stunning stories that readers can easily connect with. The characters are believable and the plot is interesting. Another well written master piece by Brenda Novak. Readers beware, this novel will keep you reading and reading all night long. Overall, I rate this novel a five out of five stars.