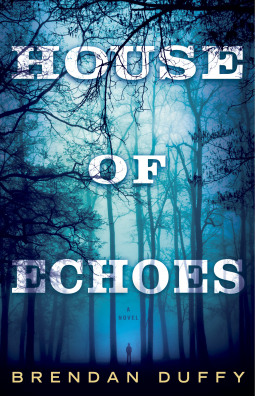 House of Echoes by Brendan Duffy is one thrilling literature piece that will send chills down readers back as they brave to delve deeper into this magnificent plot and the mysteries underneath. What horrors lie in store for a family thinking that the new house and the move would help make improvements to their family and their lives. But there is something deeper and much darker lurking around their home and that the towns haunting isn’t quite over yet.

A nightmare happening as soon as their son goes out into the woods. Strange things begin to happen and from there it’s a fast paced story that will lure readers into its drama with every page. The most compelling story that I have ever read that will keep readers up all night long until it’s finished. Can they family survive their new adventures as things turn out for the worse? And will you be brave enough to open up and begin reading this exciting new novel by Brendan Duffy? One novel I won’t ever forget and one that will leave readers breathless. Overall, I rate House of Echoes a five out of five stars.