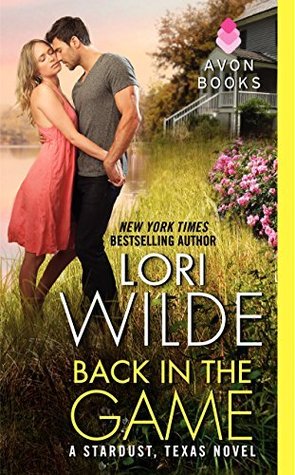 New York Times Best-selling author, Lori Wilde has once again done a beautiful job in weaving a realistic characters and suspenseful characters. I could not put the novel down at all until I finished the entire story. As a reader, I had to know what happened. Back in the Game is by far the greatest romance novel for adults. I was taken away by the stunning story of the main character, Breeanne Carlyle. She has gone through life battling her way through. She thinks of herself as a plain nobody. Until fate intervenes and brings her little school girl crush, aka former ex-pitcher, Rowdy Blanton. The man was beyond handsome. Just looking at him at the estate sale had Breeanne glued to her spot. She couldn’t move even if she wanted too, and then he winks at her! Breeanne doesn’t get a taste of what life has to offer until Rowdy Blanton steps up to the bat. He teaches her all kinds of adventurous things including humanly pleasures that neither can get enough of. But Breeanne isn’t the only one who has flaws and struggles. Rowdy has struggled all his life just like Breeanne but in a different way. He learns so much and wants more out of life than what he has now. All because of one woman who makes him laugh. Breeanne Carlyle. But as with all stories these two have to battle their demons and battle their feelings. Will they make it to home run?

Back in the Game by Lori Wilde is indeed a must read for all. Her knowledge and humor in her writing will keep luring readers to her books.  The stakes in this brilliantly well written novel will capture the hearts of every reader. I enjoyed reading about Breeanne and Rowdy. They make an irresistible pair. I highly recommend this contemporary romance to all. Overall, I rate it a five out of five stars.