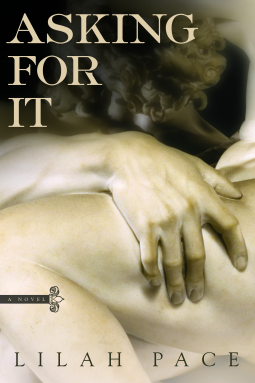 Asking for It by Lilah Pace is an unusal and highly unique voice in erotic romance. A young woman struggles with her fantasies that make her feel like she’s wrong for having those kind of fantasies. She pays a therapist to help her overcome these fantasy issues. No man no matter how hot could make her come unless she was forced. But what man would want to part take in her crazy fantasy of forcing a woman into sex? No one reasonable that is until a man does. Vivienne struggles constantly but wen Jonah takes her up on her fantasy things just begin to heat up for Vivienne. Until both have their dark secrets dug up causing their affair affair to become much darker than before. But their dark secrets and their incredible aren’t their only problems. Their emotions are growing.

Lillah Pace has turned one woman’s realistic struggle with herself into a well written novel Yes, her characters and story are completely fiction, but they give off a realistic touch that beckons readers deeper into the heart of the plot. So many what ifs and the growing sexual tension that is hot enough to heat up any reader’s night. A beautiful way of telling how a woman over comes her sense of being wrong and a man showing her that she is not wrong but perfect for him. I enjoyed reading the fresh twist on erotic romance. I would recommend this novel to adult readers due to the scenes within the novel. Overall, I rate this a five out of five stars.