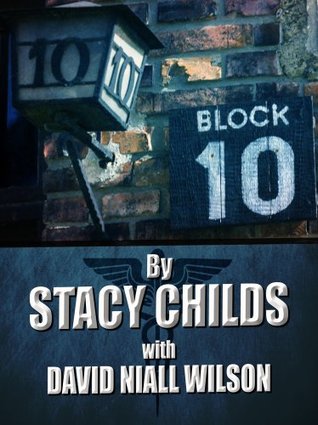 Stacy Childs has done it again. Her new and exciting novel, Block 10, is just as incredible as her last one, if not better. A medical suspense thriller just like The Boys of the Dixie Pig. Intrigue from the first page will forever lure readers deep into its enticing plot. The most thrilling complex plot of the year. Readers beware once you read this you won’t want to put it down. There is so much for readers to read. An experimental medical treatment, an Olympic skier, suicidal depression and heart pounding danger. Dare to enter into the edge of your seat kind of thriller?

Block 10 is an enthralling novel . Readers who read this book will be on the lookout for the next masterpiece from Stacy Childs and David Niall Wilson. Two talented yet brilliant writers whose words will leave readers hooked. The main character Luke Cooper was an Olympic skier until he became injured and quickly spiraled into a depression. Until a stranger known as Dr. Henri de Salvo, gave him a reason to continue to live. Luke turns to a career in medical science. Once started he will be lured deep into a world of dark intrigue and danger. Men fighting for huge sums of money, women, and medical breakthroughs that will leave Luke questioning himself and leaving him to decide what to do next. Will Luke find the answers? Overall, I highly recommend this magnificent novel and look forward to the next, dark, fast-paced, and gripping thriller. I rate Block 10 a five out of five stars.