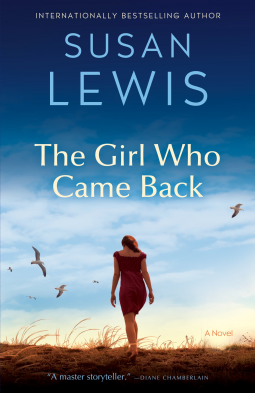 When Jules Bright hears a knock on the door, the last person she expects to find is a detective bringing her the news she’s feared for the last three years.

Amelia Quentin is being released from prison.

Jules’s life now is very different from the one she knew before Amelia shattered it completely. Knowing the girl is coming back, Jules must decide what to do. Friends and family gather around, fearing for Jules’s safety. They know that justice was never served; each of them wants to make the Quentin girl pay.

The question is: What will Jules do?

And which of them—she or Amelia—has the most to fear?

The Girl Who Came Back by Susan Lewis is a frightening read. The opening part sends chills down readers spines. It gives you nightmares just thinking about it. A young girl. Shows no signs of being a normal girl…she soon pushes her mother overboard. The saddest part is that no knew about that incident. A daughter who pushed her mom over the rail. A mother who just told her daughter that she couldn’t swim…when asked, by her father, where her mother was…the little daughter shrugged her shoulders. I wanted right then to transport myself to that spot and shake the little girl…the father may not have been aware or really cared what his daughter is…but he’s just as bad. Later when the same girl grows up…the deaths don’t stop. She hurts people. No empathy. No feelings. She’s a living walking nightmare that goes off anytime…a girlfriend ends the friendship and the girl takes the cutoff as a stab in the heart. Leaving she warns…you’ll be sorry. Those last words echoing off in my mind as the horrors begin happening again. Torture, rape, distrust, and murder…The Girl Who Came Back is dark and stunning. Susan Lewis knows how to drag her readers into a world of jealousy, murder, and secrets. The destruction is amazing what one girl gets away with over and over again….all because of politics and money. Overall, I highly recommend this brilliant novel to readers everywhere.