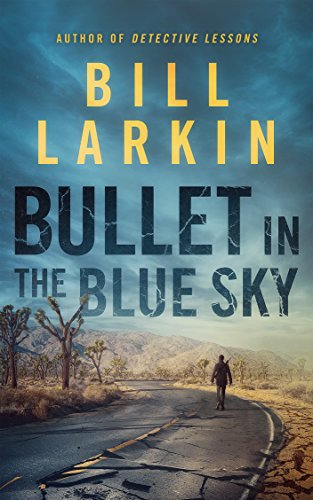 In the chaotic aftermath of a massive earthquake that leveled much of the Los Angeles region, an LAPD deputy chief sends an elite team of detectives on a rescue mission. They are ordered to set aside all law enforcement duties, to ignore the destruction and to focus on one task: Find LAPD Detective Gavin Shaw, who disappeared just before the earthquake.

Kevin “Schmitty” Schmidt of the Orange County Sheriff’s Department joins five others on the rescue team. With rioting, looting, attacks and homicides rampant in the streets, the six cops have to defend themselves while chasing down leads on the whereabouts of Shaw. The mission takes them through the dizzying war zone and the more they encounter, the more they wonder why they are searching for one man in these extreme circumstances. Why is this man so important to the deputy chief, and why now?

Schmitty discovers that others with high connections are also after Shaw. The questions pile even higher when they learn of a shadowy history between Shaw and the deputy chief. A history with deadly consequences for the team as they uncover a threat that elevates the mission to a race against time.

Bullet in the Blue Sky by Bill Larkin is a heart-pounding crime story. There’s always some danger, where crime exists. However, in this exciting read, Bill Larkin brings readers a dark secret that might just be the most deadly moment of six cops’ lives. They are sent in by a deputy chief to go after a missing detective. What they find will…will much more than what they were led to believe. Politics is a field that none like to mess with…can something that seems to be mother nature at work, be something caused, from men? Then there’s more danger ahead…if men caused what is thought to be nature then what if their actions have even worse consequences…the race to find out the answers are hidden inside this masterfully woven novel. Time is ticking…and hesitating could cause more harm than good.  I enjoyed the thrill ride as the adventure unfolded. Bill Larkin’s talent is one that readers don’t want to miss. Bullet in the Blue Sky is a crime fiction that I highly recommend to all.