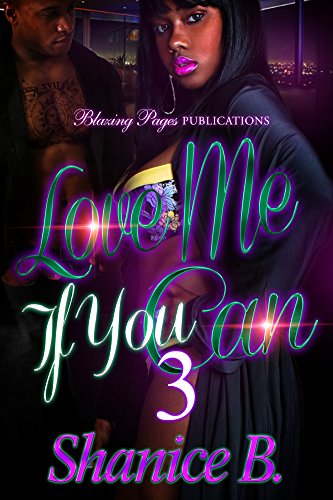 Keandria quickly learns that good things never last long. After deciding to give Ethan a second chance she quickly realizes that Ethan is up to his same old tricks and is smashing another chick named Amber. Keandria eventually begins to wonder will Ethan ever really change.

After being falsely accused of rape and almost being sentenced to prison A.J is determined to work on his relationship with Kayla. A.J is grateful to be free but isn’t about to let Jasmine off the hook so easily. He’s on a mission to find her and make her pay for accusing him of a crime that he didn’t commit. But after finding her, he quickly wishes that he didn’t.

After learning that Ethan is the cause of her demise Kayla does her best to move on but images of that awful night still haunt her. After seeking counseling, she eventually starts to second guess her relationship with A.J. She begins to wonder should she continue to be with him. A.J can feel that Kayla is pulling away. He does his best to please her to only be pushed away. He soon falls into the arms of his ex-Amber for comfort. The drama escalates when he finds out that Amber also has her own agenda and is still pissed, that he left her to work things out with Kayla.

Love is tested and revenge is on the rise in this finale. Love Me If You Can 3: The Finale will pull you in and keep you glued to your kindle until you reach the very last page.

Love Me If You Can 3: The Finale by Shanice B. is a fabulous ending to a hot drama series. This is one urban street romance that sucks readers in whole. The drama never ends with these characters. If the guys try to do what’s right only to be pushed away…then, there’s only so many times they will take it. Then, after they reach their boiling point they will break away and move on…the ladies are just as bad. A married woman is giving a cheating man a second chance only to find that he’s still cheating on her. When she meets up with a guy from the past…she wonders about her current relationship.  A decent man has a new girlfriend but when he sees a hooker that he slept with working a regular job…he begins to wonder why he let her go. A woman accused a man of rape and he’s now released. His plan is to bring her down. However, fate is not fair. His friend seems to be interested in the evil woman. Tension is all over this read. Shanice B. brings heat, action, and suspense to her readers. There are so many boiling points within this novel, it’s hard to put it down. The guessing of what the final outcome will be is addictive. Love may or may not be in the cards for any of these characters. Even the good guys mess up and the romance is steamy. There’s never a boring moment. A true and final page turner in this exciting series. I loved following the characters’ final chapter. Overall, I highly recommend this African American novel to all. Love Me If You Can 3: The Finale is a definite must read.