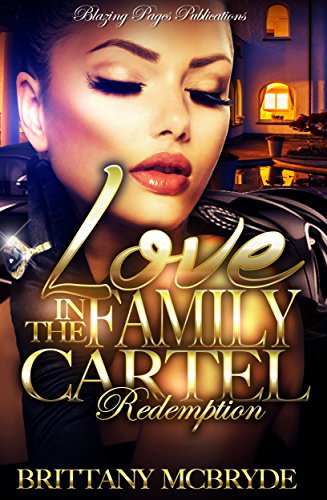 Meet Harlem, a true beauty with the brains and body to match. Always viewed as the golden child, she vowed to never disappoint her father. The doting daughter gave up her dream of attending culinary school to attend college and major in Pre-Law –per her father’s request. A successful completion of the bar exam landed Harlem on the State’s payroll, and a spot within The Family, the most notorious drug cartel. Headed by Grandfather Maurice, Harlem, and her younger sister Harmony doesn’t have many options, as the two are forced into the wrath of their family’s business. It was her father’s plan all along. Secretly, Harlem yearns for a life outside of The Family’s life.

As fate would have it, Harlem’s wishes are granted when she stumbles upon the handsome Carter. She quickly falls for the successful businessman, but her father isn’t too pleased with her choice of mate. His hatred resonates in his actions as he tries to destroy the beautiful union of Carter and Harlem. Their father quickly realizes that the rules of the game have changed and maybe he has bitten off more than he can chew. After pushing his daughter’s into the pit of fury, he prays that the two make it out alive.

Love in the Family Cartel: Redemption by Brittany McBryde is one thrill ride readers don’t want to miss. The drama is crazy but good. There’s never a boring moment within this novel. Brittany McBryde keeps her readers entertained with steamy sex, danger, and intrigue. Reader’s will not be able to guess what happens to each character or why it happens. The suspense creates a strong desire to keep on reading. Soon, readers will find themselves finished with the book. The characters’ lives overlap each other’s. A woman in the cartel business was sent to order a hit against another cartel leader. That leader just happened to be her recently married husband. One moment she’s on the phone with him and the next she watches him get into his car and BOOM! Her love is gone. She had no idea. But the one who ordered her to take the hit knew all to well who her husband really was. Someone blood related to her…then there’s the case of another woman endanger her daughter’s life. Died from a gunshot. A gun that the police have found to be unregistered. That leaves her into even deeper hot water than before. Her man was shocked that they lost their only daughter due to her not being able to take care of the kids properly…at least their son was still alive. The cartel family was off, on a good start but now, it’s starting to crumble as their lives get more entangled than thought. Love in the Family Cartel: Redemption is a realistic urban street romance that all will want to read. Overall, I highly recommend it to readers everywhere.