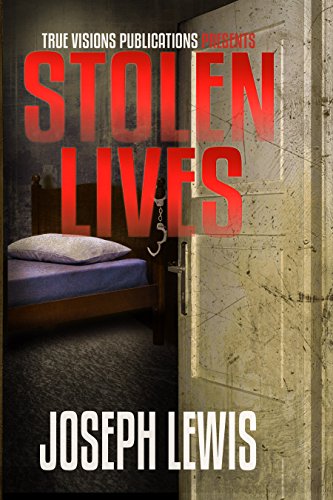 Three fourteen-year-old boys, Brett McGovern, Stephen Bailey and Michael Erickson are inextricably linked by the abduction and murder. Brett, who was abducted from Indianapolis, fears that his captors will decide to kill him. More recently, two boys from a Milwaukee, Wisconsin suburb, Stephen, and Michael, have been abducted, and the detectives on the case know that if they are not found within 24 hours, any chance of finding them is remote and they will be gone forever. A fourth boy, George Tokay, a Navajo, holds a key piece to this puzzle and doesn’t realize it.

Pete Kelliher and his team of FBI agents from the Crimes Against Children Unit have been tracking the murders of children for the past two years. He believes that if they can find these two boys, they might find the answers to the questions that have been eluding them. He and his team race to find Stephen and Michael before they disappear forever. There isn’t much to go on, and each time he gets a break, potential witnesses are found dead. As Pete and his team investigate, the stories of these boys are like loose threads on a sweater: pull the wrong one and it unravels completely. Slowly, Pete comes to the realization that one or more members of his own team might be behind it all. There are injury and death, some of which is Pete’s fault and that causes him to question his effectiveness and his future.

Stolen Lives by Joseph Lewis is a remarkable piece of fiction. It takes things that have happened and puts it into a new twist, inside this fictional world. The terror and events are similar to ones we find in our world, today. Real stories inspired this talented writer to bring about the issues into a work of fiction. Readers will be trapped within the walls of every scene once they opened up the book. The plot is full of intrigue, danger, and suspense. Crime fiction at its best.

Here inside this thriller, Stolen Lives, brings to life real problems in a way that will have readers on the edge of their seats. Dark, sad, and definitely an eye opener. Joseph Lewis brings to readers’ attention that boys too are abducted and sexually abused just like girls are. The world is never a safe place, but when those who should be protecting may be the cause of danger…everything spirals out of control. The story has a way that wrapped itself completely around me. It sucked me in from page one and wouldn’t release me until the last page. There’s plenty of action and mystery that hooked me right away. The ending was great…and left me wondering what’s to happen next. Joseph Lewis’s writing was superb. His characters drew me into the plotline. The dialogue was easy to read and follow along. Overall, I highly recommend this masterpiece to readers everywhere.