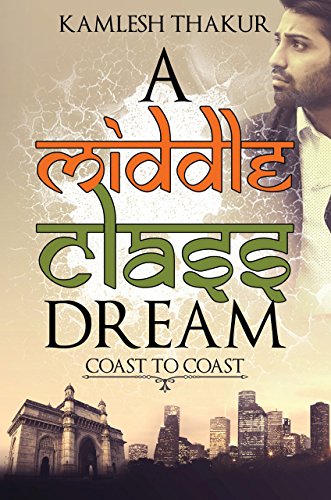 In the pouring rain, while her husband is out of town, a woman gives birth to her second child: Krish. Raised in a typical Indian family in Mumbai and later in Chennai. Krish deals with the struggles typical too many.

His caste determines much about his life, and cultural ideology limit his potential. His family’s progressive ideas about women cause the neighbors in Chennai to resent them, culminating in the murder of Krish’s sister.

The family flees the neighborhood, and Krish works hard in school to make a better life for himself. At school, he meets his first love, Sweetie, but his love is unrequited, leading him to feel years of rejection. His continued pursuit of Sweetie over the years yields no results, and it is perhaps this rejection that forces him to strive so hard in his own life.

Though he obtains a college degree with average grades, he is able to get a decent job in the fiercely competitive IT services industry. Against all odds, his perseverance and determination allow him to rise to the top, and when a massive downsizing occurs, he finds he is one of the few remaining employees. The downsizing forces him to move overseas and leave his new wife behind in India. This ends up being one of many overseas adventures, as he lives and travels coast to coast, to places such as Malaysia, Singapore, China, Japan, US, Switzerland, and Europe.

From his humble beginnings, Krish was able to persevere and become a wealthy, self-made success story. In an effort to share his success with the world, he writes a book of his life, which ends up being turned into a Hollywood blockbuster, starring Krish himself.

This naturally leads to more wealth & fame, and Krish devotes himself to philanthropy, as he develops a new communal center devoted to education, healthcare and more.

A Middle Class Dream is a truly astounding tale of the American dream and self-betterment.

A Middle Class Dream Coast to Coast by Kamlesh Thakur is by far an interesting and compelling read. I have recently taken several sociology courses that went over the life of those who live in a caste system. Making it out of that life is hard and only those with lots of wealth can move up and out of the system. Life in the Indian family is indeed an engaging and fascinating thing to read about, as well as imaging how they manage to keep living that way when the rest of the world has moved to more complex societies. The main character, Krish, reminds me of a movie that was similar to this. A poor Indian boy who lived in the slums lost everything but stayed in contact with the girl who he loved. Eventually, he made tons of money for them both to live well and that is similar to this tale. Kamlesh Thakur is a superb writer. His fictional masterpiece brings readers deep into a poor yet highly cultural society that lives in a caste-like system. Depending on what caste your family is in…that basically determines an Indian’s whole life unless they find a way to rise above it all. Struggles, determination, and a bit of success and make a huge impact on an Indian man’s life including the character, Krish. He alone is an inspiration to his people that working hard and not giving up are worth every struggle. I found the entire book entertaining, educational, and inspiring. A Middle Class Dream Coast to Coast is definitely worth every readers’ attention. From culture to travel to dreams and success, this novel is a must read for all. Overall, I highly recommend it.