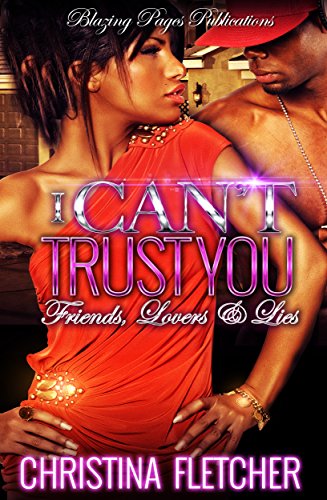 Jori Wallace is a child therapist who is both outgoing and confident. Jori is married to Shaun who she discovers early on in the story is cheating on her. Shaun wants to work on the marriage, but Jori becomes distracted by her interest in a childhood friend Dave. A man who finds her on Facebook. She flip-flops between the two until things begin to take a dangerous turn.

Lauren Pierce is the timid friend who works as a secretary for a childcare center and has a 3-year-old son DJ. Lauren is dating Jordan who is not who everyone thinks or appears to be. Lauren somehow gets caught up in some drama being at the wrong place at the wrong time and it could end up being life or death for her.

LaTasha Banks is the friend who seems to be more reticent and introverted but has a completely different side of her no one would expect. Both a paralegal and mother of three children, she is in an abusive relationship with her husband Lance. LaTasha’s alter-ego that she uses to cope with her issues with her husband gets the best of her when she gets caught up in a court case that becomes messy rather quickly.

Melanie Ramsey is the friend who is outspoken and does not work because her drug dealing boyfriend Q takes care of her. Melanie enjoys living the high life, but when Q begins to provide more of what she asks for, she has to live up to her role of being his ride-or-die chick. Melanie has to determine if she is really cut out for this lifestyle after all.

I Can’t Trust You by Christina Fletcher is an addictive urban romance. One that readers such as myself can’t stop reading. The drama is thick, entertaining, and crazy. There is never a dull moment and just when things seem okay, they turn out for the worse. Christina Fletcher has brilliantly woven themes like abuse, cheating, and betrayal. Love, murder, and secrets are also a major part of this novel. Women everywhere can relate to one or more of these issues portrayed within the story. The female characters are strong but all it takes is the men in their lives to pull the rugs from under their feet. The characters don’t see it coming to them until it’s too late. Life is chaotic but the four women friends will find that chaotic isn’t a strong enough word to describe the events happening to ruin to lives. Trust is hard to come by and rarely exists…but there are a seldom few who will find it. Will Jori, Lauren, LaTasha, and Melanie be able to find it? Overall, I highly recommend this well-written tale to women everywhere. Christina Fletcher has a talent for hooking her readers. I Can’t Trust You is definitely a must read for all.