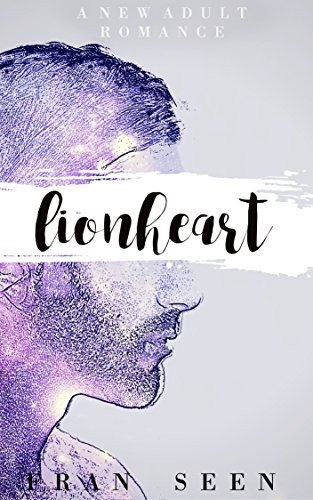 An Arab-American soldier and a stargazing woman connect in this high-tech Beauty and the Beast retelling.

In an attempt to pay off her family’s debts, Lula answers a Craigslist ad for a job opening at the formerly vacant Bluegrass Manor. A stern and brooding man offered her the job, but there’s a catch—Lula isn’t allowed to look at him. No one in the manor has ever laid eyes on Mr. Rahim’s face. Although, Mr. Rahim has eyes on everyone—security footage relays on a constant loop in his office.

Everything Lula isn’t meant to notice about Mr. Rahim intrigues her: the cadence of his accented voice, the stoutness of his build, and his self-imposed prison that mirrors her

Lionheart is a romance of huge stakes that asks one question: Is love enough to mend a broken soul?

Lionheart by Fran Seen is a definite must read for readers everywhere. It covers hot topics like military heroes suffering from the aftermaths of war. PTSD. Warriors come home, sometimes to nobody. Few like the main character in this novel, had a family to support him and a complete stranger who wormed her way into his life. The story was an emotional mess. I felt the inner struggles of the characters as if I were experiencing them first-hand. Anger, fear, resentment, and love. Hope was another emotion woven into the tale. Beautifully written in a way that lured me deeper into the characters. I wanted to read every detail. To see all that was happening and as well as the hows and whys. Fran Seen has a way of sucking her readers into this brilliantly crafted romance. Not just some sappy hot romance. It’s about dealing with one’s demons and coming to face them despite the risks. Risks of what others will think. The risk of having others run once they see the damaged person. The risk of hoping and falling in love…Somehow, the two main characters find a way of supporting one another and helping them each face their own struggles head on…now, whether they were successful or not is up for readers to discover for themselves. I fell in love with this title because of the realistic issues, believable characters, and the superb writing. Fran Seen is indeed a talented writer who words are worthy of every readers’ attention. Overall, I highly recommend Lionheart to all.