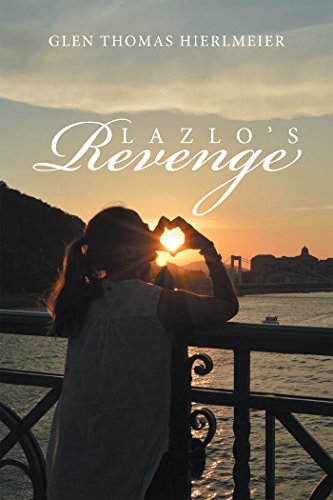 It is the story above all, and Lazlo’s Revenge is an excellent story, inspired by true events in places devastated by war, and those who suffered greatly. Readers develop a personal relationship with the characters, Lazlo, Gertrude, Captain Koz, and others, leaving them wanting more. Max Fischer (Maxine Schoellkopf Fischer, fictional narrator of Lazlo’s Revenge), a writer and Swiss war correspondent whose parents lived the tragedies of the Great World Wars, set out to see the very places, and events her parents survived on their odyssey to escape danger and death.

Lazlo’s Revenge is the story Max unearthed in her travels back through time. She is the fictional daughter of Hank and Roberta Fischer, the main characters in a previous book, Honor and Innocence: Against the Tides of War. Hank and Roberta are an unlikely couple to fall in love (Hank is an American soldier stationed in Germany after the war, and the German girl, Roberta, is the daughter of a Nazi SS Officer being sought by American and British security forces for war crimes). Max is their daughter, born at the end of the previous novel, and now returning to write their story of love and war.

Fascinated by the characters who influenced the lives of her parents, in Lazlo’s Revenge, Max pursues her quest for understanding. She follows the life-story of Lazlo Floznik, the man who saved her parents’ lives, and helped them escape catastrophe in Europe, seeking safe refuge beyond the reach of security forces that sought to imprison them. The years leading up to World War I, the time between the wars, and the experiences of World War II release their secrets as she explores her family roots, a deeply emotional story bound by the intense love stories of Lazlo, and his father, Miklos, before him.

Lazlo’s Revenge by Glen Thomas Hierlmeier is a fantastic historical read. This novel, brings readers real world historical events combined with fictional characters who lie through the times in the most believable ways. Word War I and World War II are brought to life in every scene. The threat of war… and then the dangers of what Hitler will bring…creates an entertaining yet educational experience unlike many others. I found myself emerged deeply into this world of fiction.

Glen Thomas Hierlmeier made his novel as real as possible. The struggles of the characters were absorbed as quickly as they came. Then there’s plenty of action, intrigue, mystery, and romance for all to enjoy. I love delving deep into the past. Especially, when it relates to history. I was amazed by the talent in this book. The writing is clear, concise, and engaging.

Lazlo’s Revenge is about one woman’s journey to uncover the lives of her parents during the war times. Max goes to the places where they lived and survived. The journey unravels a lot of secrets, family roots, and the danger her parents went through back then. I can definitely see this historical war novel turned into a big screen picture. I was not only lured by the history aspect of this fictional read but by the lure of a woman trying to learn more about her parents during the wars. Adventure, romance, history, and war all wrapped up into one superb read. Overall, I highly recommend this to all readers.