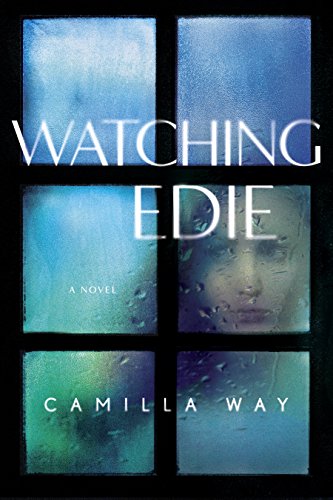 For fans of Gone Girl and The Girl on the Train: A dazzling work of psychological suspense that weaves together the past and present of two women’s twisted friendship.

Beautiful, creative, a little wild… Edie was the kind of girl who immediately caused a stir when she walked into your life. And she had dreams back then—but it didn’t take long for her to learn that things don’t always turn out the way you want them to.

Now, at thirty-three, Edie is working as a waitress, pregnant and alone. And when she becomes overwhelmed by the needs of her new baby and sinks into a bleak despair, she thinks that there’s no one to turn to…

But someone’s been watching Edie, waiting for the chance to prove once again what a perfect friend she can be. It’s no coincidence that Heather shows up on Edie’s doorstep, just when Edie needs her the most. So much has passed between them—so much envy, longing, and betrayal. And Edie’s about to learn a new lesson: those who have hurt us deeply—or who we have hurt—never let us go, not entirely…

Watching Edie by Camilla Way is a  psychological thriller that will have readers on the edge of their seats. The story captivates readers in a way that keeps them reading all night long. I felt the compelling tug dragging me to the last page. The scenes are filled with darkness and a fright that leaves readers’ hearts pounding fast. Edie and Heather are two friends that will keep readers constantly on their toes. I wasn’t sure which I wanted to do more…to scream or to run. Both girls presented in this novel, suffered badly. Each one dealing with an equally heavy load. One with guilt the other with an obession of the past. The loss, grief, and destruction of these two girls now women is one that hooks readers. It’s  sad to follow their stories to the end knowing something big will happen that will forever change both of their lives. As a reader, I kept hoping for the best for both. Fear and complexity of the friends situations is one not to be taken lightly. So much is at stake…a secret kept between both girls. Will the suffering finally end?

Camilla Way has brilliantly crafted a masterpiece. For fans, of  Girl in the Dark, Gone Girl, and Her Darkest Nightmare, this is a must read. Once you open this tale, it’s hard to put down. I found myself woven and lost between each girls’  terrifying events from their past. A past that still seems to be haunting them to the point of destruction. The plot is steady-paced. It switches back and forth from the girls’ past to their present moments. I think the switching has helped me to understand each character more deeply. I got a bigger insight as to who they were and are as an individual. Watching Edie is superb. I love dark reads with a heavy dose of suspense. The ending is one readers don’t want to miss. Overall, I highly recommend this novel to all.