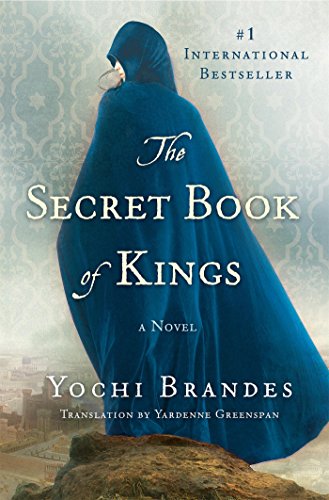 In the tradition of The Red Tent from internationally bestselling author Yochi Brandes comes the stories of the struggles of King David and King Saul in the early days of the Kingdom of Israel, seen through the eyes of Michal, Saul’s daughter and David’s abandoned queen.

Stories are deadlier than swords. Swords kill only those who stand before them, stories decide who will live and die in generations to come.

Shelomoam, a young man from the tribe of Ephraim, has grown up in the shadow of dark secrets. He wonders why his father is deathly afraid of the King’s soldiers and why his mother has lied about the identities of those closest to him. Shelomoam is determined to unearth his mysterious past, never imagining where his quest will ultimately lead him.

Yochi Brandes, one of Israel’s all-time bestselling novelists, enlists her unique background in both academic Jewish scholarship and traditional religious commentaries to read the Bible in an utterly new way. In this book, a major publishing phenomenon in Israel and one of the bestselling novels in the history of the country, she uncovers vibrant characters, especially women, buried deep within the scriptures, and asks the loaded question: to what extent can we really know our past when history is written by the victors?

The Secret Book of Kings by Yochi Brandes is truly an entertaining read about Jews and their Biblical background. The tale captures the stories of the Jewish tribes and turns it into a fascinating world of fiction for all to enjoy. I also felt like it was an educational journey as well as to entertain me. Inside, readers will meet a family who is Jewish yet fear the soldiers. An explanation of war and bloodshed soon follows. A young boy wants to talk more about his tribe(s) yet his father seems far away and angered.  Secrets have been kept and it only makes the boy even more curious. The tale of a princess and the king is an interesting journey to behold. Not only does it peak the interest of the young boy but also of mine. I was intrigued from the beginning. The pages soon flew by so fast. The story leads readers into a series of deep thoughts. I truly enjoyed following the boy’s adventures as he seeks out the answers to all of his questions.  The Secret Book of Kings is a stunning piece of fiction that all will come to love. Overall, I highly recommend to readers everywhere.