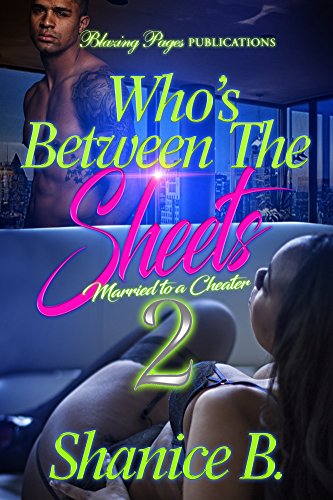 Xavier has been the one who has been holding Hazel down but when Jamal decided to walk out he seized the opportunity. Now that Jamal and Hazel are officially over he begins to start having feelings for her, but he must make a decision and he must make it fast; should he remain loyal to his cousin Jamal or follow his heart.

Jet is back again and she ain’t playing this time around. She has a secret that is threatening to be exposed and she will stop at nothing to keep it hidden. Jet pretends she has reformed herself by enrolling in college and doing all the right things that she needs to do to keep her man, but little does she know Xavier is catching feelings for Hazel and he is torn in between the two. Will she still be able to win Xavier back into her corner in time before her secret is revealed?

Lisa is back again and is playing for keeps. She wants what she wants and she still secretly wants Jet back in her bed. But when she finds out that Jet has moved on and has so many secrets that she is trying to keep contained Lisa decides she will be the one to bring Jet down off her high horse and expose her for the liar that she is. But will Lisa get a chance to tell Jet’s dark secrets or will she be a little too late?

The second installment of Who’s Between the Sheets will keep you on the edge of your bed; amazed at who is actually between the sheets.

Who’s Between the Sheets 2 by Shanice B. is definitely full of drama from the get go. I couldn’t believe how many issues pop up within a character’s life when they factor in the sex equation. Trying to keep up with who’s with who will keep readers constantly on their toes. The sex is deep enough to break and form new relationships everything. Once one relationship is broken another is formed. Then that newly formed relationship that has built up based on the hot sex goes down once a new player comes into the equation. Sex. It is truly a human being’s worst form of destruction. The lives of the characters are crazy but real. I can definitely see these adults acting this way in real life. Sad but so true. Each character thinks they have it good until one or both of them screws up their initial relationship…does loves really exist or it all about the bedroom? Shanice B.’s writing is superb. This urban street romance is another fantastic drama roll, that continues nonstop. I have found that each character is his or her own destruction. Even family members get more wrapped up, into their family member’s life issues that it’s hard to pull back. An intriguing roller-coaster ride that will keep readers turning the pages. Overall, I recommend this novel to all adults due to the topics covered in this read.