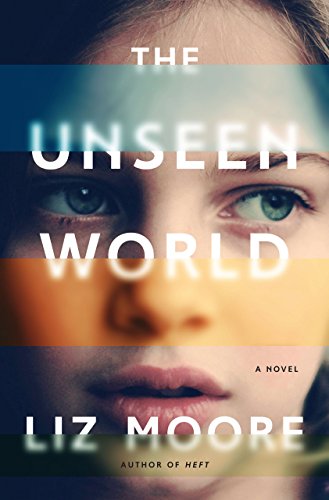 The moving story of a daughter’s quest to discover the truth about her beloved father’s hidden past.

Ada Sibelius is raised by David, her brilliant, eccentric, socially inept single father, who directs a computer science lab in 1980s-era Boston. Home-schooled, Ada accompanies David to work every day; by twelve, she is a painfully shy prodigy. The lab begins to gain acclaim at the same time that David’s mysterious history comes into question. When his mind begins to falter, leaving Ada virtually an orphan, she is taken in by one of David’s colleagues. Soon she embarks on a mission to uncover her father’s secrets: a process that carries her from childhood to adulthood. What Ada discovers on her journey into a virtual universe will keep the reader riveted until The Unseen World’s heart-stopping, fascinating conclusion.

The Unseen World by Liz Moore reminds me of a show I loved watching, Person of Interest. It’s a fascinating adventure and a deeply emotional journey that one woman takes. The similarities are interesting. Both feature a man who isn’t a socialite and one who happens to be very brilliant. This book shows us a daughter a has inherited her father’s cleverness and a need to know more about her father. I found myself easily drawn to the main characters, especially the daughter. I instantly felt her pain and frustration as her father is slowing falling apart.  As he keeps falling from the man he once was, questions started to pop up and then the quest for the answers began. Liz Moore knew how to hook her readers in from the first page until the last. The tale is one that kept me on the edge of my seat wondering. I enjoyed following Ada as she searched for what she needed to know. The Unseen World brought forth a story of a daughter who loves her father and one that held so many hidden secrets. Overall, I highly recommend this brilliant novel to all.