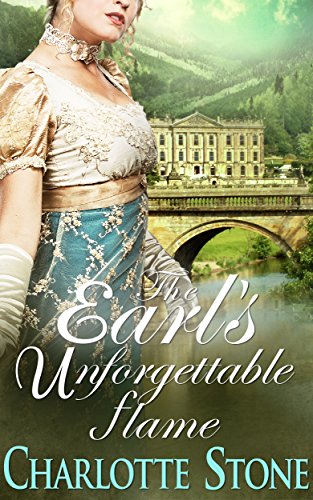 Catherine Watson
.
The night young Benjamin Frederickson met the victim of a house fire, he has remembered it all of his life… Her spirit has lingered in his memory for years.
Even through his days of rebelling against his father, The Earl of Wembley, as he drinks, gambles, and womanizes.

But when he meets the beautiful Catherine Watson again, still scarred from that fire so many years later, he is enchanted.
But can a woman so remarkable remember a boy she met briefly years ago?
.
Catherine, however, is less than impressed!
Considering herself disfigured and resigned to the idea that she will never marry, she sees his advances as a cruel joke at her expense.

How can any man view her with anything but disgust, especially the dashing future Earl of Wembley?

“I cannot believe that you genuinely want to spend time in the presence of this.” She pointed to her own scarred neck and her covered arm.
“Then your belief in me is sorely lacking,” he sulked angrily. “As is your opinion of your ownself.”

It won’t be easy for Lord Benjamin to convince Catherine of his love.
Is he up to the task?

“I wish it were different. I wish you could court, me as if I were normal.”
.
Will Catherine let the past dictate her future?
Will Benjamin give up and let her go?

The Earl’s Unforgettable Flame by Charlotte Stone is an exciting read. Adventure, danger, an unforgotten past, and a deep emotional journey. A young boy now, as an Earl, can’t forget the good deed a young girl did. She risked her life. Now, as a woman, Catherine has the scars that make her feel like an outcast. She feels like she is not worthy of any suitor’s attention nor love. But then fate sends Benjamin into her life. He wants her. Catherine doesn’t think he could and the lack of self-esteem she has causes Benjamin to try. He wants her to know he can and does want her. But will her attitude keep them both from finding their true happiness?

Charlotte Stone’s writing is superb. She sucked me right into the plot. Tempting, bold, and thrilling. The Earl’s Unforgettable Flame is indeed a perfect title for this read. The main characters lure me deep into their backgrounds and their present moments. I loved following them both. Each with fighting for a good cause. If I were in the main female character’s shoes I too would be hesitant if an Earl like Benjamin took interest in me. Catherine considers herself a damaged good. Living with ugly scars can take a lot from an individual. The banter between both characters is enticing. I kept turning the pages in a haste to read it all.  Benjamin is a good gentleman with good intentions; however, a man can only try so hard. The game of love is unpredictable but worth every struggle. Overall, I highly recommend The Earl’s Unforgettable Flame to all.