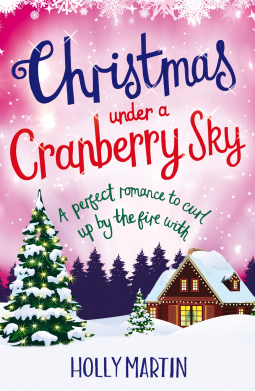 This year spend a wonderful Christmas on Juniper Island, where love can melt even the iciest of hearts…

Piper Chesterfield lives a glamorous life travelling the world and reviewing the finest hotels. She calls nowhere home, she works alone and that’s how she likes it. For long ago Piper decided that to protect her heart she should lock it away.

So when Piper’s next assignment brings her to the newly opened Stardust Lake Hotel for the festive season, the last person she expects to face is Gabe Whitaker, the man who broke her heart so completely she could never love again.

But Piper isn’t the only one who has been frozen in time by heartbreak. Gabe hasn’t forgotten the golden-eyed girl who disappeared from his world without a trace.

Now fate has reunited them on Juniper island, can the magic of Christmas heal old wounds? And can this enchanting town be the one place Piper can finally call home?

Curl up with this gorgeously romantic tale and let the glistening snow and the roaring fires of Stardust Lake Hotel get you in the festive spirit this Christmas.

Christmas Under a Cranberry Sky by Holly Martin is hilarious, sweet, and dreamy. A romance like a fairy tale. One that lured me deep into the hearts of the characters. Their lives were interesting. Two best friends who truly love another so much…but then life brings them trouble and heartache. Soon what was destined to be a forever happy ending turned out to be a twelve-year lonely journey separated, frustrated, and wondering what could have been. Life is messy. It has never been easy or anyone. Especially,  when one has gone through a never ending cycle of rejection. Piper’s birth mother never wanted her. She was found abandoned and soon adopted by a caring woman. A woman who couldn’t have any of her own kids. But the husband never wanted Piper. After his wife’s death, he has done his most to make Piper feel unwanted. He led her to believe that her friend and friend’s parents never wanted her. Then, both daughter and father are drowning in a car. Piper makes it out alive. But her father has died. Devasted , stressed, and worried she goes to the one person she has ever loved. But fate would have to play an evil trick on a damaged girl’s heart. She sees something that had her leaving forever without a goodbye. Her best friend has wondered all these years why she left without so much a word. But when fate has them both face-to-face their years of wonder, loss, grief, and heat came back instantly. The love they had as teens is just as strong if not stronger. Christmas Under a Cranberry Sky is full of laughter, family, friendships and reunited love. I fell in love with the characters instantly. Their troubles broke my heart and their passion melted my heart. Holly Martin is indeed a writer with a talent. Overall, I highly recommend this Christma romance story to all.