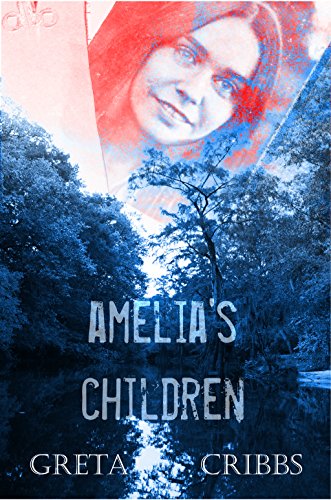 In 1985 Amelia Davis is brutally murdered in the woods outside of Laurel Hill. Her killer is never caught. Thirty years later, David Jenson comes to town on what he calls “personal business”, though he won’t tell anyone what that business is. Could he have some connection to the town’s most infamous cold case?

Sarah Hathaway has just returned to her hometown in the wake of a failed acting career. When she meets David, she is immediately drawn to him. But it is the mystery of what exactly brought him to Laurel Hill that keeps her up at night. Determined to find the answer, she embarks on a journey into the unknown that will change her life forever. Along the way, she discovers truths about Amelia’s death that prove more sinister than anyone ever could have imagined.

Amelia’s Children by Greta Cribbs is a fascinating paranormal tale. I loved it from the beginning. Here, readers get involved in the investigation of a cold case murder. From there an unexpected stranger lures a woman into extreme curiosity. A murderer that was never caught…and things about the murder leave more questions than answers…

This novel was well-written. It was easy being sucked into its depth. The characters picked my curiosity as well as the murder mystery. Suspenseful, intense, and addictive to read. The journey was one that readers won’t be forgetting. It felt so real. The danger and paranormal activity were the perfect combinations for this book. Amelia’s Children is indeed an intriguing tale that has captivated me. I loved Greta Cribbs writing style. Her words carried me through her wonderful world of fiction. There isn’t anything better than when the past collides with the present. Overall, this book is highly recommended, to readers worldwide.