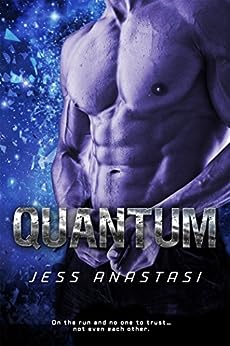 Someone wants Captain Admiral Zander Graydon dead. Like yesterday. Zander’s convinced his attractive assistant knows more than she’s willing to say, and if he can stop running long enough, he’ll find out exactly what she’s hiding. Lieutenant Marshal Mae Petros is determined to keep her CO safe. Before she tips her hand, however, Mae has to figure out if the alluring man she’s protecting is the real Captain Admiral Graydon. Or an alien shape-shifting imposter.

On the run and no one to trust…not even each other.

Captain Admiral Zander Graydon has seen a lot of action, but almost getting killed three times in one day is pushing it. Only the company of his new assistant, Lieutenant Marshal Mae Petros, makes things a little easier to swallow. Except the delectable Lieutenant Marshal Mae Petros is hiding a number of secrets, and her presence might have something to do with the continued attempts on his life.

It’s no accident Lieutenant Marshal Mae Petros finds herself in the firing line alongside the charming but very off-limits Captain Admiral Graydon. She’s taken the job as the admiral’s assistant to determine if a shape-shifting alien has killed the CO and assumed his form. Whether the admiral is human or not, Mae finds herself getting way too close to him as they run for their lives.

Military to the core, Mae and Zander will have to overcome their suspicions of each other to work together, when they realize the fate of the entire universe is at stake.

Quantum by Jess Anastasi is a science fiction fantasy novel that readers everywhere will enjoy. I am one who gets bored with just about all of the science fiction novels. However, this one was definitely up my alley in a good book. This novel had the action, adventure, suspense as well as a hot spicy romance to keep me interested. Quantum is book two of Jess Anastasi’s series and I loved it. I haven’t read the first and was able to follow through this one easily. After having read this second title, I am now intrigued to read the first and third novel within this series. The writing is superb. Jess Anastasi knows how to lure readers deep into her world of fiction.

Quantum is an action space adventure. Filled with shape shifting aliens set to invade the human occupations all over the galaxy. There’s only been a select few who have come to witness the aliens and what they can do. There seemed to be only one thing to help fight the aliens. That’s by using guns that resemble stun guns in our world. But just like the ordinary guns in our world, there are only so many bullets to use. Same restrictions apply to these powered guns that affect the aliens. Aliens that can do so much damage. Then there’s the issue of some aliens already infiltrated into the top government positions that can easily have other humans attack their human friends. Also, there are two friends. One was hurt by the aliens and sends out a woman he trusts to find out if his military friend is an alien in disguise or not…but then things get complicated. The friend and woman are being chased by an unknown enemy and the aliens are trying to kill them. Plus, despite the horror of the situations they just faced…they went and had sex. Sex that was explosive. Neither one can stop thinking about the other…and in their world distractions can kill. Jess Anastasi also have alliances from characters that readers wouldn’t expect to form in order to prepare and fight off the aliens attacking the human world. Danger, excitement, and desire will definitely keep readers from calling this science fiction fantasy boring…overall, I highly recommend this read to all.