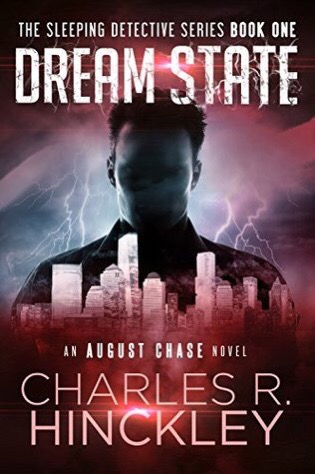 August Chase is an ordinary man plagued by extraordinary precognitive dreams. When he foresees the brutal murder of a young woman, he tracks her down to warn her. His warnings go unheeded, and the dreamed murder becomes a reality. The victim’s sister, frustrated by slow police work, enlists August’s help, and he is launched into his first case as a private investigator. Delving deep into the victim’s life, he soon discovers a common thread in the shadowy world that may have claimed her. This is book One of the August Chase Mystery Series.

Dream State by Charles R. Hinckley is an interesting read. This new title is the start to The Sleeping Detective Series. Inside, readers will find a detective who has visions. These visions are new to him and he has to learn how to use them. What is even more intriguing is that the main character is an man who has yet to learn how to be a great detective. He has a skill that would come in handy…but first he has to master it. Once he does, there are more than just his visions he needs to learn…solving mysteries isn’t easy. Like all detectives, August has help. A cop who also has hacking skills was a twist to the tale. I enjoyed the combination of skills set forth. August has a lot to handle and he has the determination to get through each obstacle. I loved following him as the story unfolded. He makes for an entertaining character. The plot was suspenseful. Charles R. Hinckley has captured my attention with his writing. I will definitely be looking for the next book in this series. I have to know what August deals with next and how he does. Overall, I highly recommend this thriller mystery to all.