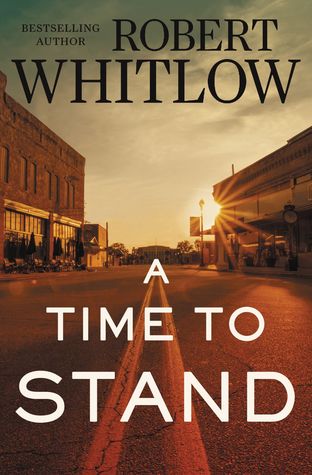 In a small Georgia town where racial tensions run high and lives are at stake, can one lawyer stand up for justice against the tide of prejudice on every side?

Adisa Johnson, a young African-American attorney, is living her dream of practicing law with a prestigious firm in downtown Atlanta. Then a split-second mistake changes the course of her career.

Left with no other options, Adisa returns to her hometown where a few days earlier a white police officer shot an unarmed black teen who is now lying comatose in the hospital.

Adisa is itching to jump into the fight as a special prosecutor, but feels pulled to do what she considers unthinkable—defend the officer.

As the court case unfolds, everyone in the small community must confront their own prejudices. Caught in the middle, Adisa also tries to chart her way along a path complicated by her budding relationship with a charismatic young preacher who leads the local movement demanding the police officer answer for his crime.

This highly relevant and gripping novel challenges us to ask what it means to forgive while seeking justice and to pursue reconciliation while loving others as ourselves.

A Time to Stand by Robert Whitlow is an interesting yet significant piece of literature. Here, readers explore the toughest of racial tensions by white versus black. A white officer shoots an unarmed black teen. The lawyer in this case is Adisa Johnson. An African American attorney in a man’s world. Tensions rise with each adding page. Anger, frustration, fear, and justice ring out everywhere. Then there’s  the romantic entanglements that make this story even more complex.  Writer Robert Whitlow adds to the suspense by creating several twists and turns that readers won’t expect. So many factors play a part of this plot. It’s easy to judge than to listen. Innocent people are under fire due to the situation presented inside…pressure builds and the drama as well. I was thoroughly impressed with the talent demonstrated by this writer. He created a believable, exciting, and intriguing tale. Hooking me in with every word. The main characters were well-developed. I look forward to reading more by Robert Whitlow in the future. Overall, I highly recommend A Time to Stand.