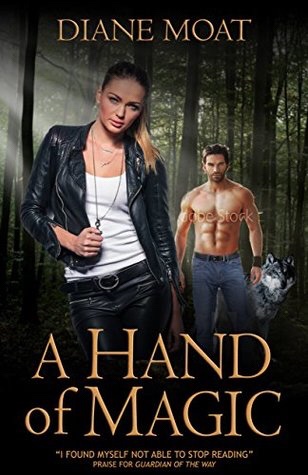 Even in a world of magic… you must trust in love… to heal the healer.

As Madison is running from venomous weresnakes who forced her to be their healer, she heals a werewolf pup attacked by a troll. A deed that turns her world upside down when she’s unexpectedly drawn to the pup’s werewolf pack. Even more so she’s drawn to their leader, the alluring Alpha—Alex. Though Madison gave up on love long ago, the more she’s with the werewolf pack, the harder it is for her to push Alex away.

Alex Spiros has close-cropped light brown hair, hazel eyes, and a wolfish grin, but the caution and danger in his movements mark him as a protector… and the killer for his pack. Madison brings out the male part of his wolf, but he’s also worried about her and wants her to feel safe after the horror of the weresnakes. Alex throws himself into a war to protect her and his pack.

Is time running out for the pack or can Alex bring the war with the weresnakes to a victorious end? Moreover, is Madison ready to not only bond with the pack, but also surrender to an even rarer bond with Alex…or will she keep running?

A Hand of Magic by Diane Moat is one of the best paranormal romance novels I’ve read in a long time. Her protagonist, Madison, stands out from the norm. She’s easy to like and makes me wonder what and where she’ll be next. I never know what to expect with a character that is running away from her greatest fear.

Madison can’t get too close to anyone. Otherwise, they end of dead by the very group who held her hostage. Her friends have died and now, that Hand is coming after her. They won’t stop until she’s dead…

Madison runs into a pack of wolves that are needing her help. She ends up sealing her fate with them, when she heals a pup belonging to them. The leader, Alex, will not stop chasing her to stay. Then, there’s this irresistible bond she feels with him. Alex too, feels their connection. Unlike her, Alex wants it…them together. But it’s up to Madison to decide where she will be when the times comes.

A Hand of Magic is dark, intriguing, mysterious and romantic. I loved it. Diane Moat has everything I wanted and expected in this read. Plus, some. Besides, who could resist a magic, danger, and love? This made for a heady combination that sealed me in from the start. Diane Moat proved she is indeed a talented writer. I can’t wait to read what she comes up with next and hopes she creates a book two for this one. Overall, I highly recommend this novel to all.