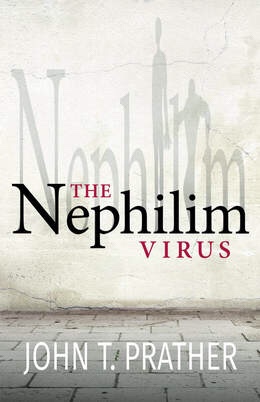 Endorsements for “The Nephilim Virus”:

“This story isn’t for the faint of heart. It’s a blood-pumping thriller sure to make your heart rate spike. The Nephilim Virus has villains that will make your palms sweat and a plot so real you’ll be looking over your shoulder for Nephilim while asking your doctor to test you for the virus. This is an amazing book!” —Kenny Schwartz, Emmy-nominated film and television writer –American Housewife; Modern Family; American Dad!; Two Guys, A Girl and a Pizza Place

“This book would make a great movie! It’s a cohesive, fun ride through some of my most beloved topics—science, the supernatural, and the apocalypse.” —Megan Fox, Actress – Transformers, Teenage Mutant Ninja Turtles, Jennifer’s Body, This Is 40

“Get ready to wake up and find yourself in a nightmare of epic proportions. Each page is an adrenaline-infused adventure that will leave you breathless as each paragraph is another jolt moving you toward the heart-pounding conclusion. Blending biblical history with modern high-tech thrills, John Prather emerges as a master storyteller with a tale that you won’t be able to read fast enough. The Nephilim Virus is infectious and the only cure is to read this amazing story.” —Jeff Dixon, Bestselling author – Dixon on Disney series

John Prather grew up with seven siblings in Memphis, Tennessee, on a steady diet of BBQ and southern values. After graduating from the University of Memphis, he moved to Hollywood to try his hand at the entertainment industry. He has been featured in TV series such as Scream Queens on Fox as well as WWE Raw. His commercial work has included ads for FedEx, Old Navy, Burger King, and Ruffles, in addition to various other major corporations. As a model, he has been featured in national magazines such as People, GQ, Men’s Health, as well as on the cover of Muscle and Fitness magazine, among others. John and his wife are expecting twins in early 2018, and hope to adopt their foster daughter very soon.

Q: What lead you to a career in writing?

I’ve always been a writer. I’ve always liked to write stories. For as long as I can remember I’ve had stories and unfinished manuscripts on my computer and in notebooks that I started but never took the time to complete. Then four years ago, I set a goal for myself to sit down and finish a manuscript. I told myself I only had to complete it and it didn’t matter how good or bad it was. It took me about a year, but I finally finished a manuscript. Honestly, it wasn’t very good, but it showed me I could finish a complete story. So the next year I started another one. This one only took about five months and I felt it had a good chance of being published so I changed my goal from writing a book to getting one published. Little did I know the difficulty of getting published, but two years later that manuscript was the one that became The Nephilim Virus

Q: How did you come up with writing Nephilim Virus?

I had an idea for a virus that infects two-thirds of the world but I never knew quite what story to tell with the idea. I kept it in the back of my mind and waited for a plot to emerge. Then one day the idea to use the Nephilim popped into my head. I’ve always thought the Nephilim were fascinating creatures. The two verses in Genesis six about them leave so much information to be desired, and there is so much we don’t know. I thought it would be fun to imagine what the world would look like if they were alive today. I enjoyed tracing them through history and using my imagination to bring them back from the dead, so to speak.

Q: How would you describe your writing style using only three words?

Q: What was your toughest moment, when writing Nephilim Virus?

I don’t want to give away too much, but there is a moment towards the end of the book where the main female character has a moment that really brings the whole story together. I wrote the story in first person so that moment would feel very personal to the reader. I wanted the reader to feel like they were in her skin as she experienced the moment. I really tried to create an opportunity for the reader to feel as connected to the character as I was. That was very fun for me to write but also very difficult.

Q: Did you have any moment where you felt like quitting, when you were writing your novel?

The story really flowed for me so I never felt like quitting while writing my book, but I often felt like quitting when I was trying to get it published. There came a point after months of submissions and folders full of rejection letters that I started to doubt my own work. I know that not every story is for everyone but it really seemed like no one thought my manuscript was even worth looking at. Thankfully God gave me a persistent spirit so I kept trying. It was a matter of years, not months, but I found a publisher. Fortunately, I never quit.

Q: Did you always want to write a book?

Q: What writing strategies did you use to help you write that you can share with readers?

For me, it came down to the decision to finish writing a book. Every writer will have periods where being creative is difficult and the words don’t seem to come, but the writers who are going to be authors will keep trying anyway. The only thing really required to be a writer is for you to write.

I’ve always enjoyed history. I still love to read historical books about men and women whose stories inspire me. There is so much wisdom to be gleaned from the past and much of it lies untouched by the current generation. It’s a shame.

Q: Did you meet your own expectations for your novel?

Q: Which characters did you like creating the most?

I wrote The Nephilim Virus in first person but I did it from two different characters perspectives. One of them is male and the other is female. Being a guy, I had a lot of fun writing from the female protagonist’s point of view.

I also loved writing the part of Blue, the dog. I love animals and I enjoyed creating a character that had a history and personality like any human character would. I really had a lot of fun writing the relationship between Blue and Nick.

Q: Where can readers find you and your work online?

You can find my blog and my latest work on my website, which is www.Johntprather.com. You can also connect with me on Twitter and Instagram where my user name is @johntprather.