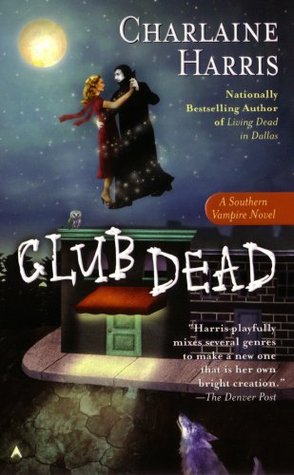 Sookie’s boyfriend has been very distant–in another state, distant. Now she’s off to Mississippi to mingle with the underworld at Club Dead–a little haunt where the vampire elite go to chill out. But when she finally finds Bill–caught in an act of betrayal–she’s not sure whether to save him…or sharpen some stakes.

Club Dead by Charlaine Harris was entertaining but not as engaging as I had hoped. Quirky characters and a messy yet complicated plot. I wasn’t sure what was happening or how it was going to end. Vampires, werewolves, blood, and humans are all included in this wide cast of characters. None of them actually get along well.