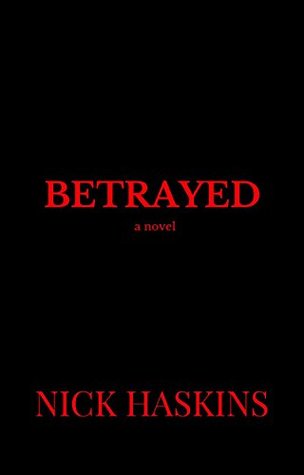 Sixteen years ago, William Majors Sr. made his young son, Billy, a promise that he would always take care of him after his mother died. He vowed to raise his son into a man he would someday be proud of. William also vowed not to take another wife until Billy was all grown up, so he opted to live as a single man. That all changed the day Jennifer Payne walked into his life. Her seductive body and stunning beauty instantaneously captures William . . . and Billy. When Billy secretly deceives William – seemingly overnight – Jennifer finds herself trapped in a dangerous love trio with both Father and son. When she chooses one over the other, a deadly line of betrayal will be crossed that will shake The Majors’ forever . . .

Betrayed by Nick Haskins is an interesting drama. One small family lost their loved one.  Now many years later, a father is ready to love again. Yet this new character may just rip them apart. The plot was intense, dark, and sad. I felt sympathy for the father and son. Some things are easy to steer away from while other temptations are not. Jennifer Payne was exactly that. She ended up destroying what mattered most.  Watching the destruction of a father and son relationship was hard. It was an huge emotional  mess.

Nick Haskins is a creative writer. His novel was entertaining and deeply engaging. Themes of love, lies, and betrayal are found here. Family, loss, and grief are the other remaining themes readers will find. The father was my favorite character. He had the best intentions and was trying to do well by his son. For that reason, it was easy to connect with William. Overall, the plot was promising but a bit slow due to the telling instead of showing. I recommend this drama action filled story to all readers.