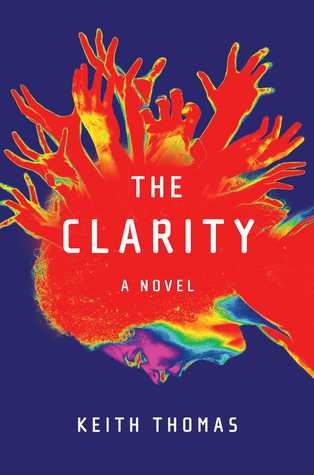 Dr. Matilda Deacon is a psychologist researching how memories are made and stored when she meets a strange eleven-year-old girl named Ashanique. Ashanique claims to harbor the memories of the last soldier killed in World War I and Matilda is at first very interested but skeptical. However, when Ashanique starts talking about being chased by the Night Doctors—a term also used by an unstable patient who was later found dead—Matilda can’t deny that the girl might be telling the truth.

Matilda learns that Ashanique and her mother have been on the run their whole lives from a monstrous assassin named Rade. Rade is after a secret contained solely in memories and has left a bloody trail throughout the world in search of it. Matilda soon realizes Ashanique is in unimaginable danger and that her unique ability comes with a deadly price.

The Clarity by Keith Thomas is an interesting read combining fictional elements and nonfictional information together. The frightening parts about experimental portions were based on some real experiences that did really happen to people. The characters were okay. But no emotional attachment that made me want to really connect with them. I thought they were fine but but not were Inwould be talking bout how great they were. The plot was gruesome, dark, and intense as was expected with some of the things mentioned. There was a lot of action in this novel. I would have been happier if there was more to the characters. There needed to be more on the interaction and backstory between/of the characters. It just felt felt flat to me.

The novel did hold a promising tale…Dr. Matilda is by far the worst character. She is a doctor interested in the whole journey of memory and past lives. Yet she wasn’t what I expected and didn’t meet the expectations for her role in this story. There were other characters that I did really like and thought that Keith Thomas did a fine job in creating. Characters like Kojo and Brandon were believable and enjoyable to follow.

The Clarity was fast-paced, action packed, and full of government misuse. Like the medical experiments that still bring a chill down my back. A lot of conspiracy themes are found inside the book. Overall, it was good and suspenseful.