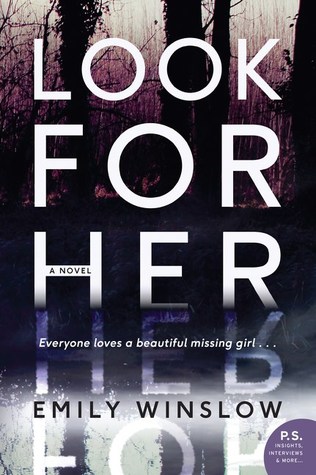 Everyone loves a beautiful missing girl… a gripping psychological thriller that delves into the grief, jealousy, and unresolved mystery surrounding a cold case kidnapping, in the vein of Gilly MacMillan and Mary Kubica.

Just outside of Cambridge, Lilling seems like an unassuming idyllic English village, but it’s home to a dark history. In 1976, a teenage girl named Annalise Wood disappeared while riding her bike home from school. Though her body was later discovered in a shallow grave, the culprit was never found. Decades later, Annalise maintains a perverse kind of celebrity in the small town, and is still the focus of grief, speculation, and for one young woman, a disturbing, escalating jealousy.

When DNA linked to the Annalise murder unexpectedly surfaces, cold case investigator Morris Keene realizes he may now have the chance of his career. Morris and his former partner, Chloe Frohmann, hope to finally solve this perplexing mystery, and bring closure to a traumatized community. But the new evidence that should be the simple solution instead undoes the case’s only certainty: the buried body that had long ago been confidently identified as Annalise may be someone else entirely, and instead of answers, the investigators face only new puzzles.

Whose body was unearthed all those years ago, and what happened to the real Annalise? Could she have had a secret child? Is someone interfering with the investigation? And is there a link to a present-day drowning with eerie connections?

With piercing insight and fascinating twists, Emily Winslow explores the dark side of sensationalized crime in this haunting psychological thriller.

Look for Her by Emily Winslow is a living nightmare. One young girl disappears and her cold case connects to a newer one. I found it intriguing. So many questions popped up in how they were connected, who dun it, and etc. Emily Winslow has a way of capturing my interest with every page. Twists and turns kept me guessing the whole way. This novel was definitely a psychological thriller but more of a mystery. The psychological part is where the missing Annalise girl and another by the same name come into play. One is completely crazy…but there’s a story behind that as well. A story within another story. This kept up the edgy vibe and fear factor. The fact that a doctor was easily chilled by her patient, Annalise made goosebumps appear on my arms.

A call comes in…

“I have so much to say next time I see you…” says Annalise.

Then just silence…the sound of the patient breathing on the other end…handing onto the call.

The doctor was the same age as the Annalise girl that went missing years ago.

That only made me more curious. Overall, a great plot worth reading.