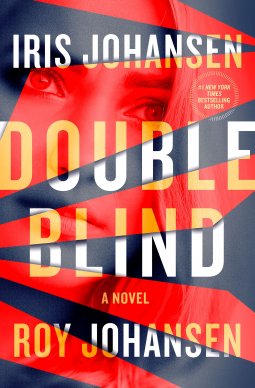 The #1 New York Times bestselling and Edgar Award winning authors are back with an electrifying new novel that will leave your heart racing.

Kendra Michaels, formerly blind and now a hired gun for law enforcement agencies who relies on her razor-sharp powers of observation, is reluctant to help the FBI with the most recent case they’ve brought to her. But then she hears the details: the body was found just blocks away from Kendra’s condo. The young woman was carrying an envelope with Kendra’s name on it, and inside was an SD card with what appears to be an innocuous video of a wedding reception. The woman died trying to get the video to Kendra, but for what purpose? Before Kendra and the FBI can answer that question, the bride is abducted from her suburban home.

And so the hunt is on for a killer whose nightmarish plan is slowly becoming clear. A plan that involves a powerful law firm and a multi-billion dollar corporation. As the body count rises, Kendra joins forces with private investigator Jessie Mercado and agent-for-hire Adam Lynch to stop the plot as it grows ever closer to its terrifying conclusion.

“Magnetic characters and a twisty, suspenseful plot ensure that readers will eagerly anticipate the next installment.” —Publishers Weekly

“When it comes to delivering amazing tales of edge-of-your-seat suspense, team Johansen and Johansen have proven they are unbeatable! Kendra Michaels is an exceptionally compelling protagonist…Get the snacks ready and keep the lights on, for this book will keep you hanging on until the last word!” —RT Book Reviews (5 stars)

Double Blind by both Iris and Roy Johansen is an exciting thriller. A deadly game that could end up worse if not stopped soon. A serial killer is hired by a company to handle problems for them only that the killer goes off the edge and blackmails them. The killer is then able to get away with a lot more than planned. Murders are now being traced to the company and the company can’t control their hired hired any longer.  FBI is introduced into the case when a dead woman has something for someone they know…that’s when the chase really begins…

Kendra Michaels is the lead female character. She is the one the FBI like to work with because of her ability to notice the smallest details quickly. Kendra cannot handle working on cases like the FBI does, because she hates seeing victims’ families suffer. Death is never easy to handle. But now, a dead woman is found with a USB drive containing damaging evidence for her. Only she never knew the victim. It is only a matter of time before the FBI bring her in on the case. Kendra feels obligated to help since the dead woman tried to reach out to her. Other than that she wants noting to do with the case. But that’s where it starts to get complicated. Her former FBI friend that she is attracted to, handles deadly crime stuff. She feels something more for him but she isn’t allowing herself to fall in love. Adam Lynch wants Kendra Michaels as his woman. However, he knows it will be difficult to get to agree. She likes him just as much as he likes her but she won’t open up. Instead, she pushes away from him. The new case is provides a tug of war in their relationship.

Overall, this new novel was suspenseful. I was deeply engaged from the start. Both Iris and Roy Johansen have caught my attention with Kendra Michaels. She is a detective for the FBI in a way. The personality was easy to latch onto as well as like. Kendra is a strong independent woman who won’t let anyone or anything bring her down…Adam Lynch is a cocky good looking man who is smart and deadly to mess with. But when it comes to Kendra he makes mistakes and doesn’t know how to approach her. I felt their push/pull relationship. It was intriguing and sad to follow. Double Blind was fast-paced. It kept me guessing the whole way. I highly recommend it to all.