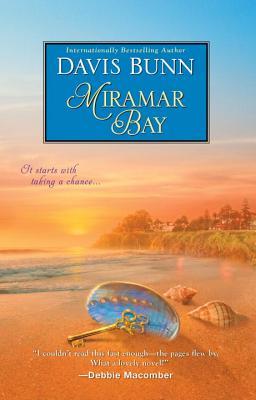 He had not come all this way just to break another woman’s heart.

When Connor Larkin boards a late night bus in downtown LA, he’s not sure where he’s going or for what he’s looking. Putting his acting career and his fiancee on hold, he’s searching for something he can’t define, a part of himself he lost on the road to success. Once he dreamed of being a singer in the classic style of Sinatra and Bennett. But his lean good looks soon landed him in movies as the sexy bad guy and in the arms of a famous young heiress. Now, with his wedding day approaching, Connor finds himself stepping into the sleepy seaside town of Miramar Bay where one remarkable woman inspires him to rethink all of his choices.

She needed to know his secrets, and to see if he’d tell her the truth.

Sylvie Cassick is nothing like the pretentious starlets back in Hollywood. The daughter of a nomadic painter, she’s had to work hard for everything unlike Connor’s fiancee. When Connor hears familiar music drifting out of Sylvie’s restaurant, he feels as if he’s finally come home. Sylvie isn’t sure what to think when this impossibly handsome stranger applies for a waiter’s job. Yet once he serenades her customers and slowly works his way into her heart she realizes there’s more to him than he’s letting on. And Connor realizes he’s found his destiny.

But as the outside world encroaches, threatening their fragile bond, Connor will have to risk losing everything to gain the life he longs for, and be the man Sylvie deserves.

Filled with bittersweet longing, Miramar Bay is an unforgettable journey through doubt and desire to the truth that can be discovered along the road less taken.

Miramar Bay by Davis Bunn is similar to novels by Debbie Macomber, Sheila Roberts and Sherryl Woods. It was about a woman wanting to spend time with her father and own a restaurant without the debt. She also wanted to know what it felt like to have a man love her. I could totally relate to the last one. Then, there was Connor. He’s a man on a mission. His life is missing something and he doesn’t stumble across it until he meets, Sylvie. Sylvie is a strong ordinary woman working her butt off to live. Unlike, Connor and his former love. Two opposites found each other making something beautiful. The plot was engaging but felt too slow for me. Otherwise, it’s a great contemporary tale.