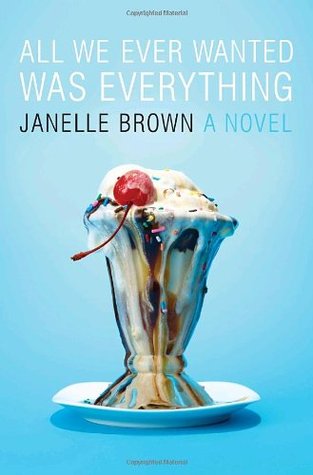 A smart, comic page-turner about a Silicon Valley family in free fall over the course of one eventful summer.

When Paul Miller’s pharmaceutical company goes public, making his family IPO millionaires, his wife, Janice, is sure this is the windfall she’s been waiting years for — until she learns, via messengered letter, that her husband is divorcing her (for her tennis partner!) and cutting her out of the new fortune.

Meanwhile, four hundred miles south in Los Angeles, the Millers’ older daughter, Margaret, has been dumped by her newly famous actor boyfriend and left in the lurch by an investor who promised to revive her fledgling post-feminist magazine, Snatch. Sliding toward bankruptcy and dogged by creditors, she flees for home where her younger sister Lizzie, 14, is struggling with problems of her own. Formerly chubby, Lizzie has been enjoying her newfound popularity until some bathroom graffiti alerts her to the fact that she’s become the school slut.

The three Miller women retreat behind the walls of their Georgian colonial to wage battle with divorce lawyers, debt collectors, drug-dealing pool boys, mean girls, country club ladies, evangelical neighbors, their own demons, and each other, and in the process they become achingly sympathetic characters we can’t help but root for, even as the world they live in epitomizes everything wrong with the American Dream. Exhilarating, addictive, and superbly accomplished, All We Ever Wanted Was Everything crackles with energy and intelligence and marks the debut of a knowing and very funny novelist, wise beyond her years.

All We Ever Wanted was Everything by Janelle Brown is a realistic story of how one event during the summer turned a family’s world upside down. Each member has their own struggle. One with divorce from her cheating husband, a daughter with boys, a sister with her career, and one sister who is broke. They all live together trying to make sense of their lives and find themselves. The news media is cruel and depicts the mother as a greedy woman wanting of all her husband’s money. While her husband and father of her children is spot lighted as a decent man full of power. I felt sad for the family of women. Yet despite their troubles they came out stronger and better. Messy, complicated, funny, and engaging, this novel was entertaining to read. I enjoyed meeting the Miller women. It sort of reminded me of The Little Women.