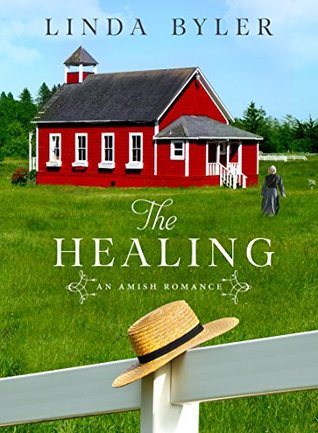 A hopeful story of unexpected love in the midst of illness, pain, and family conflict

John is the youngest of seven boys and is constantly overshadowed by his big brothers who seem to all be stronger, smarter, and better looking than he is. As a teenager, he knows he’s overweight and is sure he’ll never be popular like his brothers are. But those struggles are nothing compared to the battle he is about to fight. After weeks of feeling exhausted, depressed, and achy, he has no idea what’s wrong with him and begins to wonder if he’ll be miserable for the rest of his life. By the time he is finally diagnosed with Lyme disease, his body is failing and his spirits are nearly at rock bottom.

John’s parents and brothers try to help him, but as weeks turn into months with no real sign of improvement, the illness begins to take its toll on all of them. Minor disagreements turn into angry fights and old hurts surface amidst uncertainty and exhaustion. The Amish family that was once so tightly knit is unraveling before John’s eyes.

When John’s older brother Samuel begins dating Lena Zook—John’s eighth grade teacher—he tries to be happy for them, but it’s hard not to feel jealous. With all his health issues, John figures he’ll be lucky if he makes it through rumschpringe at all; he doesn’t dare hope to date anyone as lovely and smart and fun as Lena is.

Determined not to continue burdening his family, John begins to discover a quiet inner strength, even as his body falters. Recovery seems far off, but he nurtures a glimmer of hope that God has not forgotten him. And is it his imagination, or is Lena starting to spend more time with him than she’s spending with Samuel? Torn between following his heart and the fear of tearing his family apart even more, John’s struggles seem to only get more complicated, even as that glimmer of hope fans into flame.

The Healing by Linda Byler is a Christian novel that grabbed me in quickly. An Amish family once happy and fine, suffers. The youngest Amish boy is constantly picked on by his brothers. None of them understood what he was going through nor how he felt. I felt so much sympathy for John I wanted to hug him. But seeing as I couldn’t, all I could do was cheer and pray for him. His journey is one filled with sadness, shame, guilt, responsibility, and love. God is good. Themes of faith, family, and love are strong. The mother wanted to give up multiple times, when John was suffering. Yet, her husband never let her fall down from her faith. He kept strong holding her up despite the downfalls. I fell in love with the entire family. It was hard not to…I saw them at their best and their worst. No novel, I have read has quite shown me the realistic sides to an Amish family. No one is perfect. We all suffer. How we handle it is where we might differ. Overall, this novel tested my strength.