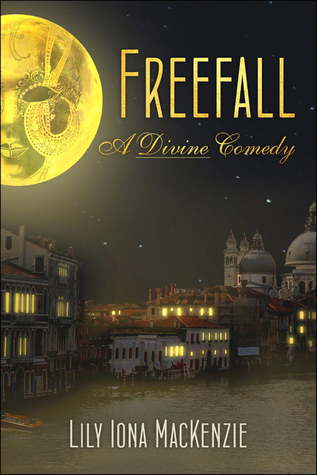 Tillie confronts the past

Sibyl Pitt offered her funky cabin at Whistler for the Muskrateers’ reunion. Tillie had visited the ski resort in her early twenties—before it became yuppified; before it was a resort. A tiny village in the cradle of two mountains, it wasn’t named Whistler yet, and the houses were funky. So she expected Sibyl’s place to be rustic and quaint. Made of logs. They would use candles and kerosene lanterns, cook on a wood stove, rough it. She came prepared, her rolled-up sleeping bag and stuffed backpack sitting on the seat beside her. Tillie also brought dried food. A tarot deck. Even a candle or two.

A sign said “Whistler,” and she slowed down, watching for Ridge Road. Tillie’s stomach gurgled, and it wasn’t hunger. Fear, her old friend, was never far away. She was afraid to see these women again. What would they think of her? Tillie’s life had taken a one-hundred-eighty degree turn from theirs. She didn’t have a big house to show off. Or rings. Or a husband. What did she have to show for the last forty years? Most of her installations only existed in videos and photos. Nothing tangible. Nothing real. She was driving a ’67 VW van, held together by faith and a mechanic who loved working on old vehicles. What would she have in common with the others except for their shared histories?

Tillie almost made a U-turn in the middle of the road, but then she recalled the empty apartment in San Francisco. It was still filled with unpleasant memories of Frank, her latest live-in, so she quickly shut that door. She needed a break so she could get her bearings again. Find a new direction.

On the radio, Peter, Paul and Mary were singing “I’m just a poor wayfaring stranger.” Tillie joined in, her voice off-key: “I’m going there to me-et my maker, I’m going there no mo-re to-o roam.”

Folk songs were a welcome break from the hip-hop music that had taken over the airwaves, plaguing her since she left San Francisco. Tillie had tried listening to rap, wanting to be “with it.” But she felt beaten-up by the words and blunt, monotonous rhythms. Though she hated to admit it, she knew she must be getting old when she couldn’t relate to the new generation’s music.

When Tillie pulled into Sibyl’s driveway, her jaw dropped. The cozy, rustic cabin she had imagined, nestled among the pines, turned out to be a bloody three-story mansion, clinging to the side of a mountain. Definitely not what she’d expected. Feeling out of place already in her old van, her home away from home, she parked under some evergreens, between a new SUV and a Chrysler Jeep Liberty.

Glancing at herself in the rearview mirror, Tillie wondered how she would appear to these women, sorry now she’d never invested in a face-lift. Her short spiked hair gave her a startled appearance, like an aging Orphan Annie. She had trouble reconciling how she appeared in the mirror—somewhat of a ruin—with how she felt, not much older than when the Muskrateers lived together in Toronto all those years ago.

Time and reality check. It wasn’t the ’50s. It was almost four o’clock PM on a Friday in August, near the end of the millennium. Reluctantly, Tillie left her van, approached the double front door, and rang the bell.

Sibyl appeared, wearing tight-fitting jeans and a skimpy red top, holding a glass of white wine in one hand, a cigarette in the other. Tiny breasts and not much meat on her bones. More waif-like than how Tillie remembered her. Short brown hair a thatched hut perched on top of Sibyl’s head. Eyelids drooped, and the skin sagged under her eyes. Tillie noticed that one eye still wandered. Sibyl always appeared to be half-gazing at something just to the right.

She wasn’t a pretty sight.

Smoke poured from her lips and nostrils—one long stream of it—and into Tillie’s mouth, making her gag. When Sibyl saw the backpack and sleeping bag, she laughed, which started her hacking. She stood there, partly bent over, coughing and laughing and choking, wine spilling over her hand and onto the floor. She finally straightened up.

“You look like a refugee. You bring a tent, too?”

Tillie smiled, gritting her teeth, practicing restraint. She had to get through the next few days with Sibyl, her hostess. Like her mother, Sibyl had been drawn to Tillie’s men. Believing sisterhood was powerful, Tillie had decided her relationship with women was more important than the men in her life. Still, it even puzzled Tillie at times that she hadn’t severed her bond with her mother or with Sibyl. Over the years, she certainly had reason to. But May was her mother. She couldn’t just dump her. It wasn’t Canadian. And she grudgingly admired Sibyl’s chutzpah. She always did what she damn well pleased, unconcerned about the consequences.

Tillie needed all the friends she could get, especially at her age, so she said, “No, dear, my pig refuses to sleep in a tent. Pink satin sheets. Nothing else.”

Sibyl was smiling, too, lipstick smeared, her lips pulled taut against her teeth, stretched to their limit. Her mouth had always been small, and Tillie remembered that smile. Cocky. Daring. A little angry tilt to it. But Sibyl’s teeth seemed more widely spaced than Tillie remembered, and she hadn’t seen a dental hygienist for a while. Nicotine gave her choppers an antique look.

Review by Betty B.

Tillie is an installation artist who is just about to turn 60.  Her friend Daddy, who just got out of jail, ends up at Tillie’s.  They drive Tillie’s old 60’s VW camper van to Whistler, British Columbia in Canada to have a reunion with two friends.  Tillie packs the van for roughing it.  She remembers the last time she was in Whistler, before it became a big ski resort.

They pull up to their friend Sybil’s house and when they get out of the van they are greeted by their old friend.  Sybil laughs as Tillie unpacks the van and takes out her sleeping bag.  She asks if they brought a tent too.  Her house is a large 5 bedroom.  As we get to know Sybil, we learn that she is a chain smoker and owns a property in Venice.  We are then introduced to Mol, a mother of 3 and housewife who loves the Canadian outdoors.

The four women are referred to as the “Muskrateers.  They decide to meet in Venice to continue their reunion and reconnect at Sybil’s place. Tillie has an ulterior motive in wanting to go to Venice that she doesn’t tell her friends about.  She is hoping to crash the Biennale, an art extravaganza.  While in Venice, Tillie also falls for a lewd priest who is a half-Ethiopian dwarf.

I can see why the subtitle to the book is ‘A Divine Comedy’.  It has so many laugh out loud moments.  At times I was in tears, I laughed so hard.  It also has its serious moments as we learn more about the four women and their lives.  “Freefall’ is hard to put down and kept me up into the wee hours of the morning.  It’s a great book for women, especially and would make a great book club book.

5 thoughts on “Review & Excerpt for Freefall: A Divine Comedy”