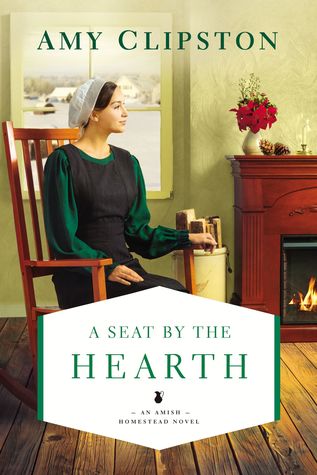 Priscilla Allgyer knows she cannot leave the past behind. But can love lead her toward the promise of healing?

Priscilla Allgyer left the community to escape the expectations of Amish life. Now, years later, she is forced to return—along with her six-year-old son—to the place she thought she’d left behind forever. Though once estranged from her family, Priscilla is welcomed by her mother, but her father is cold and strict. He allows Priscilla to stay with them provided she dresses plainly, confesses her sins, and agrees to marry within the community. Once again, she feels suffocated, trapped, and alone.

As Priscilla reluctantly completes her shunning, she catches the eye of Mark Riehl, a farmer with a playboy reputation. Wary of Mark, Priscilla barely gives him the time of day—while Mark, unused to being ignored by the women of Bird-in-Hand, won’t give up the pursuit of her friendship. Priscilla desperately needs a friend in Mark, even if she doesn’t realize it—and after Priscilla’s father and the bishop catch her and Mark in a compromising situation, their relationship becomes more complicated than ever.

As affection quietly grows between them, Priscilla struggles to open her heart and reveal the painful secrets of her past. As Mark works to earn her good faith, can they both learn the hard lessons of love and trust? And can two friends discover a happiness that only God himself could have designed? The third book in the Amish Homestead series, A Seat by the Hearth invites us back to the Lancaster community where friendships are forged and love overcomes all.

A Seat by the Hearth by Amy Clipston is a novel that I completely lost myself within its pages. I was in deep on the protagonist’s life, that I forgot my steaming mug of coffee!  Amy Clipston’s words swept me away. Inside, I found a young woman who found no love from her father. Only a stern critical man who would never trust or listen to her. He pushed her away from everything she loved. Including him. Now, she returns back home. Unwed, with a 6-year-old son, and determined to face what lies ahead. Her father once more gives her the cold shoulder that she has always known. He never once asked her what she has done or how she is. Feeling worn out, Priscilla thinks her only option is to move out once again. But the childhood boy she grew up with won’t give up on her. He is determined to make her a friend. But then even that plan gets thwarted. Her dad once more becomes controlling as ever.  Is is then that an unexpected arrival makes life even more complicated for her.

Sad, heartbreaking, but hopeful, A Seat by the Hearth gave a good vibe. It is a clean read. Despite the troubled past and present that the heroine faces, she ends up being stronger than she thought. Themes of abuse both in the marriage and family, are seen here. Major themes included faith, love, and second chances. I felt like I was living among these Amish characters. Amy Clipston has a way with her words. Overall, I recommend this novel to all.