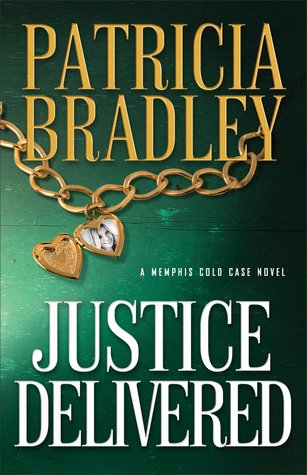 Carly Smith came by her trust issues honestly. A victim of sex trafficking, she’s been at the mercy of merciless men, ignored by law enforcement officers who should have helped her, and seemingly rejected by her family. She can’t even trust herself to do the right thing. Though she escaped her captors and is working hard on building a new life, the past continues to haunt her when she discovers that the man she couldn’t bring herself to report to police for fear of reliving her captivity is still out there, luring vulnerable girls under the guise of being a modeling agent.

When her own niece is kidnapped, Carly must overcome her fears and come forward with the information she has before it’s too late. When that proves to be not enough, she’ll have to go after the perpetrators herself.

Award-winning author Patricia Bradley keeps the suspense taut and the stakes high in this fast-paced story that will have readers turning pages long into the night.

Justice Delivered by Patricia Bradley is a dark chilling read. The real danger lied a lot closer to home. Yet how close, that was something Carly would later find out. The book opened up to where Carly was abducted and had to live a different life than the one she dreamed of. Her career of being a model was short lived. A man from a party convinced her that he was a model  agent. Only he was looking for easy prey. Young girls for a sex trafficking ring. By the time, Carly knew what was really happening, it was too late.

Years went by, and Carly struggled with guilt. She finds her sister and reconnects. Only their reconnection doesn’t last long. Carly’s sister is soon found dead, and her niece is missing. There is only so much time before the same thing happens to her niece.

Carly has to find the strength to live. Moving forward without guilt is hard. But to move forward she has to overcome the new fears and dangers presented. How she remained strong enough to survive the past and the present-amazed me.

Patricia Bradley brought in strong elements to this tale. I was impressed. It was dark and suspenseful. It also brought tears to my cheeks. Finding courage, strength, and hope is tough. But Carly somehow managed all that. She is a message to all who have been through hell and back again. Never give up. Overall, I highly recommend this novel to readers worldwide.