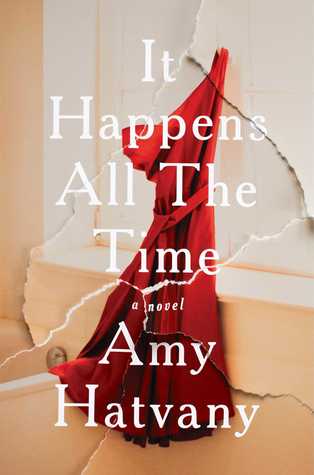 I want to rewind the clock, take back the night when the world shattered. I want to erase everything that went wrong.

Amber Bryant and Tyler Hicks have been best friends since they were teenagers—trusting and depending on each other through some of the darkest periods of their young lives. And while Amber has always felt that their relationship is strictly platonic, Tyler has long harbored the secret desire that they might one day become more than friends.

Returning home for the summer after her college graduation, Amber begins spending more time with Tyler than she has in years. Despite the fact that Amber is engaged to her college sweetheart, a flirtation begins to grow between them. One night, fueled by alcohol and concerns about whether she’s getting married too young, Amber kisses Tyler.

What happens next will change them forever.

In alternating points of view, It Happens All the Time examines the complexity of sexual dynamics between men and women and offers an incisive exploration of gender roles, expectations, and the ever-timely issue of consent.

It Happens All the Time by Amy Hatvany is a deep exploration into relationship boundaries. We all know the basics and what is wrong from what is right. Yet somehow, one young woman lost all of that.

One night Amber took a step in the wrong direction, and nothing she did stopped it. She kissed a best friend after drinking at a party and it soon went too far. That night was embedded as her fault. Amber felt she led her friend, Tyler, on. Thus, what had happened was her problem. But was it? Amber never told anyone. Keeping it hidden all this time has finally bubbled up…the future is dark but promising. Maybe, there is light where Amber’s future lies. To get there, it will take all of her mental and emotional strength. Plus, it might even take, Tyler to finally man up about that night. Overall, the book described what happens in reality and took it to a level that made it unforgettable. It was like having that nightmare become my own worst nightmare.