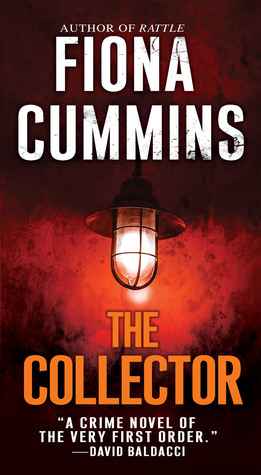 “A crime novel of the very first order.” –David Baldacci

In Fiona Cummins’ new novel of taut psychological suspense, an elusive psychopath meets his match in a detective who’s just as ruthless–a woman who knows all too well that the best mind games are played in the dark . . .

It was only months ago that Detective Sergeant Etta Fitzroy was held captive by serial killer Brian Howley. Incredibly, she escaped. But so did he. What was found in the macabre museum Howley called home was unnerving enough. For Fitzroy, what the Butcher of Bromley didn’t leave behind chills her to the bone: not a single trace of his most recent abductee. All Fitzroy wants to know now is . . . dead or alive, where is the girl?

Hiding in plain sight with a new name and a new identity, Howley is making plans for an ingenious new start, and he’s daring Fitzroy to come along. Clue by terrifying clue, she’s following in a killer’s footsteps, but even she can’t imagine where they’ll lead. Because Howley’s endgame has a terrifying twist–one that will not only change his fate, but the fate of everyone Fitzroy is risking her life to protect.

“Up there with the best of them . . . an exceptionally creepy psychopathic killer.” —The Times

The Collector by Fiona Cummins is a dark and haunting thriller. Every page leaves readers with a sense of dread, anticipation, and suspense. I could feel the darkness emanating from the the bad characters. One started out from an evil father who made him into what he became, or did he also possess the same evil inheritance for killing? I still wondered on that.

Another is a young boy that fills out the typical serial killers in the making book. His mom was a drunk, his father never around, and he is constantly filled with anger. There are moments he admitted to having bad thoughts. One such thought was killing his mom. But that only lasted for the moment. He is then friended by a killer and trained for the legacy of deaths.

Sad, heartfelt, and quick-Fiona Cummins is a brilliant writer. I was instantly lost within the story. Overall, I recommend this to fans of Stephen King, J.T. Ellison, Laura Griffin and Heather Graham. The Collector was definitely a spooky and deadly read.