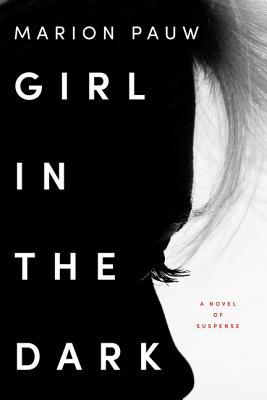 An award-winning, internationally bestselling author makes her American debut with this taut, riveting domestic drama—a twisting tale of psychological suspense about a long-lost brother convicted of a horrifying crime and a sister’s fight to clear his name

A  single mother and lawyer, Iris has a demanding boss, a young son with behavior issues, and a judgmental, aloof mother. Just a few years ago, Iris was confident and in control. But every day since Aaron’s birth, she’s condemned herself for being a failure—a bad parent who cannot cope with a difficult child. Though she loves her son fiercely, she despairs over his intense outbursts, which are becoming increasingly harder to control.

One thing that keeps Aaron calm is the large aquarium in Iris’s mother’s home. Iris has never understood why Agatha, usually so detached, would keep an oversize tank filled with exotic tropical fish, and of course, her mother won’t say—until an incident involving one of the fish leads Iris to make a shocking discovery.

She has an older brother. His name is Ray.

Why did her mother hide Ray’s existence from her? Did her late father know? And why does Agatha still refuse to say anything about Ray?

Curious about this sibling she has never known, Iris begins to search for long-buried truths. What she learns surprises—and horrifies—her. Her older brother is autistic—and in a hospital for the criminally insane for brutally murdering his neighbor and her little girl.

When she meets Ray, she meets a man who looks heartbreakingly like her own son. A man who is devoted to his tropical fish and who loves baking bread. A man whose naïveté unnerves her. There is no question that Ray is odd and obsessive, unable to communicate like the rest of us. But is he really a killer—“The Monster Next Door,” as the media dubbed him—a beast who committed a brutal murder because of a broken heart?

Told in the alternating voices of Ray and Iris, Girl in the Dark is a compulsive, page-turning thriller about lies, murder, and the tenacity of a family determined to stay together, even as they are pulled apart at the most vulnerable seams.

This novel, Girl in the Dark, was exactly as the title suggests. A young girl, now a grown woman was completely in the dark about a number of things about her mother. Iris is a lawyer who finds that she is related to a man who is locked for murder. It happens that this man looks just like her son. The resemblance plus, the fact that he’s her brother, leads Iris on a deadly yet mysterious investigation. As it turns out, her mother is not the woman she knew at all.

Themes of abandonment were displayed throughout this novel. Regret, fear, and anger were just a few emotions provoked from the cast of characters. Loss, grief, and neglect led to disaster that turned deadly and worse for others. Now, after so many years, the secrets start to leak. It’s up to a daughter now, lawyer, to close the case. It may led to her own ending if she’s not quick enough. Overall, I would highly recommend this novel to all. Dark and full of suspense, Girl in the Dark by Marion Pauw had me wondering what happened in the past and what would now be the results.