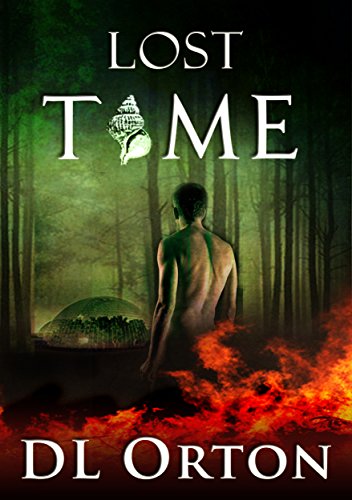 If someone took everything you live for, how far would you go to get it back?

When a faulty time machine deposits Diego in a towering evergreen, he knows he’s in the wrong place—but has no idea he’s in the wrong time. Naked and shivering in the chilly mountain air, he attempts to climb down, but slips, whacks his head on a branch, and falls into oblivion.

He wakes up inside a darkened room, crippled and disheartened, and must come to grips with the realization that he is marooned in a bleak alternate future. In this universe, what remains of the human race is trapped inside a handful of aging biodomes. With his mission failed, his world destroyed, and the one woman he loves, dead, he can find no reason to go on living.

But Lani, the emotionally scarred doctor who finds him, refuses to let him die, and as Diego heals, their relationship becomes… complicated. He struggles to let go of the past but is unable to get Isabel out of his head—or his heart. Just when it seems he may be able to find some measure of happiness in a world teetering on the edge of extinction…

Another note arrives from the future: Isabel is alive—but not for long…

Lost Time by DL Orton is definitely one of the best postapocalyptic novels I have ever read. This second book in the Between Two Evils Series is a highly suspenseful read. Full of action, danger, and time travel traveling. The characters inside this stunning novel are believable and enjoyable to follow along. DL Orton’s writing is fantastic. I can’t get enough of her three-dimensional world of fiction. So much at risk and there’s only so much time left. Romance, time travel, and science fiction fantasy elements that readers everywhere will love.

Lost Time brings readers to a man who ends up somewhere with no clothes and clutching a shell. Humanity is almost on the brink of ending…and his love is trapped some place else. He thought she was dead but it turns out that she’s alive. However, she will only be alive for so much longer…can love conquer time? engaging, hilarious, and well-written. I loved reading this tale. Overall, I highly recommend this second masterpiece, Lost Time, to readers worldwide.