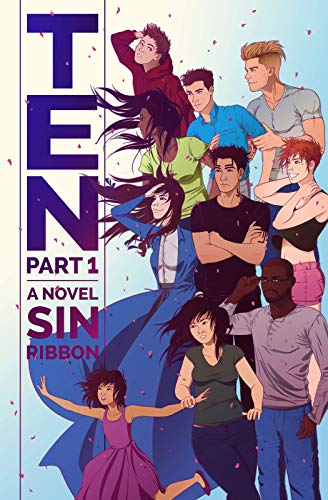 Is fate a shield against the agony of choice or a force that suffocates free will?

From diverse walks of life and different corners of the globe, ten strangers are being brought together. Prejudice, fallen dreams, loss, and trauma have plagued each of their lives . . . until they find each other, and for once it seems serendipity may heal their collective pain.

But what lurks behind these fated meetings is something far more sinister.

Terrible and elusive forces have endowed the ten with supernatural abilities. Far from a gift however, some are drowning in these overwhelming new powers to the point of possession.

What does fate permit us to do? Are we a product of choice or design? In this urban fantasy adventure, the ten must resist the will of destiny if they wish to carve their own paths. Armed only with camaraderie, they will discover if the strength of their choice is enough to prevent the looming, catastrophic future thrust upon them.

The battle for free will begins here.

Ten: Part One by Sin Ribbon is an interesting YA fantasy novel. The first few pages were bombed with enough details that I wasn’t sure if I wanted to keep reading. And then, after that, the story really began. It was captivating. Weird, quirky, but intriguing at the same time. I found the characters drove the story pages into a frenzy; making it easier to read. Young people suddenly with powers they don’t understand or don’t want but get anyway. So unusual…but entertaining.

The plot contained many emotions. From surprise to anger, to sadness and hope. Each person, character, has his or her own story within this story. I felt like I received a good dose of sociology courses just by following each character’s journey. Each one had a different struggle to deal with and it was heartbreaking. But together they can beat what they have been put against. The war has just started…

Overall, this was a unique book. I liked the dialogue and the characters. Sin Ribbon is one creative writer with a wild imagination. But it worked.