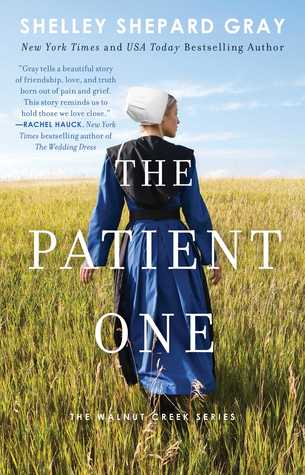 Seven former best friends reunite and struggle to heal after the tragic death of one of their own in this evocative and heartrending novel from the New York Times bestselling author of The Gift and Her Secret.

When word had gotten out that Andy Warner had committed suicide, everyone in Walnut Creek, Ohio, had been shocked. For seven men and women in their twenties, some Amish, some Mennonite, and some English, each of whom had once counted his or herself as one of Andy’s best friends, it had been extremely painful.

And, maybe, a source of guilt.

Years have passed since they’d all been together last. Some of them got into trouble. A couple got into arguments. Eventually they all drifted apart. But even though none of them really saw each other anymore, there was a steadfast certainty that they’d always have each other’s backs—even when no one else did. Their bond was that strong…until Andy did the unthinkable.

Now the seven remaining friends, still reeling from Andy’s death, have vowed to look after each other again. As far as they’re concerned, it doesn’t matter that they’re now in their twenties and have drifted far apart. They need to connect again…for Andy.

The Patient One by Shelley Shepard Gray is a unique novel. One being that the cast of characters is a mixture of Amish, English (non-Amish), and Mennonite people. Their differences in religion were big but the group of eight had a some common factors too. This story showed that despite their differences, people can be friends no matter what. Friendships are tested, faded, and brought back to life. One of the eight has fallen away, and now, they gather together on sad terms. But it is his death that starts to pull them back together. Healing, forgiveness, and love are found here too.

The story was filled with emotions. It went from hope to sadness and back again. Seven of the friends have to learn to forgive themselves and hope for the better. I was deeply engaged in this character driven book. The variety of protagonists made this a good read. It was heartfelt and inspiring too. Loss, grief, and new beginnings are woven together and told in an entertaining way. I enjoyed following each of them as they learned and found happiness once more. Overall, I would recommend this Christian tale to all.