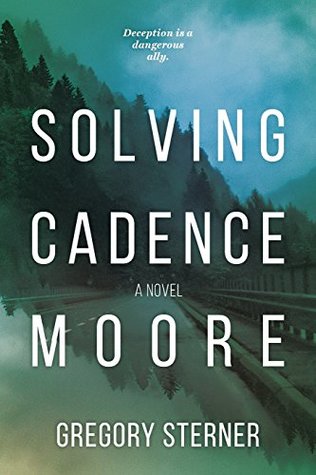 How much will one man risk to solve the unsolvable?

Ten years ago, famous young singer Cadence Moore disappeared without a trace on a remote highway in western Pennsylvania. To this day her fate remains unknown. Was she kidnapped or murdered? Or did she simply run away in search of a new life, leaving behind the abuse and heartbreak that haunted her?

Charlie Marx, host of the popular conspiracy radio show “Underground Broadcast,” is obsessed with Cadence. Desperate to find her after deceiving his boss to save his job, he launches an investigation of his own, digging deep into the missing woman’s past and uncovering her darkest secrets. Working feverishly for weeks, he claims to have solved the mystery and promises to reveal Cadence’s fate at the end of a groundbreaking podcast series and live radio special.

But is it all a lie? As years of twisted details slowly unravel, Charlie races to solve the biggest mystery of the decade. If he succeeds, it will mean closure for Cadence. If he fails, his entire world will come crashing down live on air–and the truth may be lost forever.

Solving Cadence Moore by Gregory Strener is one of the most intriguing mystery novels I have read. The suspense is so great, I was at the edge of my chair. I kept wondering what would happen next. It was not predictable like most novels in this genre. It was a breath of fresh air. A mystery within another mystery. Each page was thrilling as the previous one. One man digs deep into an unsolved mystery of a woman who disappeared. No one knows what happened to her. A singer whose life will be dug into by a radio conspiracy host. This only deepened the plot even more so. The big question was what was real? Did she really disappear or was it all not as it seemed? So many questions…Gregory Strener held my full attention from page one. Overall, I recommend it to all readers. This was one book I could not put down.