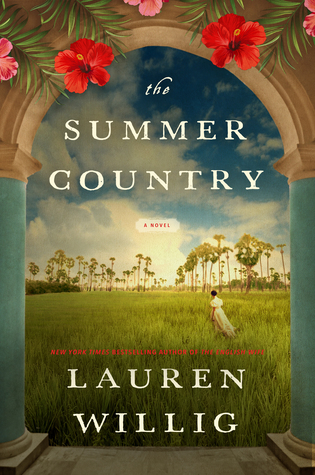 Emily Dawson has always been the poor cousin in a prosperous merchant clan—merely a vicar’s daughter, and a reform-minded vicar’s daughter, at that. Everyone knows that the family’s lucrative shipping business will go to her cousin, Adam, one day. But when her grandfather dies, Emily receives an unexpected inheritance: Peverills, a sugar plantation in Barbados—a plantation her grandfather never told anyone he owned.

When Emily accompanies her cousin and his new wife to Barbados, she finds Peverills a burnt-out shell, reduced to ruins in 1816, when a rising of enslaved people sent the island up in flames. Rumors swirl around the derelict plantation; people whisper of ghosts.

Why would her practical-minded grandfather leave her a property in ruins? Why are the neighboring plantation owners, the Davenants, so eager to acquire Peverills—so eager that they invite Emily and her cousins to stay with them indefinitely? Emily finds herself bewitched by the beauty of the island even as she’s drawn into the personalities and politics of forty years before: a tangled history of clandestine love, heartbreaking betrayal, and a bold bid for freedom.

When family secrets begin to unravel and the harsh truth of history becomes more and more plain, Emily must challenge everything she thought she knew about her family, their legacy . . . and herself.

The Summer Country by Lauren Willig is one of the most unusual, mystifying, and engaging historical novel I have read lately. The beginning of the plot from the past, felt a bit sluggish. But it was necessary for the present story. The book switched back and forth from the past day to the present day. Giving me, the reader, a better understanding of the cast and what really happened back then to cause the current grief and loss.

The main character, Emily, is a fighter. Despite being spoiled and raised high class, she wears regular gowns and works hard. She helps those in need, even taking a risk to her own health. Yet she still pushes to care and love those she meets.

Then, there’s the Doctor, a non-white man who was a slave. He was eventually freed from his slavery and earned his degree. In this story, his position is highly needed. He and Emily work together anda find that they’re not as different in class as they would have thought.

Emily is taken through her own heritage, one she never knew about until her grandfather died. Once in Barbados, Emily learns its secrets, betrayal, and loss. A tragic story with heartfelt moments. It was sad, funny, sweet, and a  bit romantic.

In the end, it even became one of a renewed hope.  Generations were affected. Many lives have suffered. Emily finds and loses loved ones in this tale. Overall, it was an epic novel.