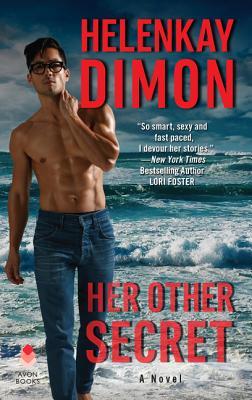 Is it the perfect escape?

Whitaker Island is more than a getaway. For Tessa Jenkins, the remote strip of land in Washington state is a sanctuary. Fleeing from a shattering scandal, she has a new name, a chance at a new beginning, and a breathtaking new view: Hansen Rye. It’s hard not to crush on Whitaker’s hottest handyman. At six-foot-three and all kinds of fine, he’s also intensely private—and the attraction between them soon simmers dangerously out of control.

…or a private trap for two lovers?

After a devastating family tragedy, Hansen finds the pebbled shores of the faraway island to be an ideal refuge. Letting down his guard for the sexy, impulsive Tessa is an unexpected pleasure. But there’s another newcomer to Whitaker. He’s no stranger to Hansen. And when he’s murdered, the crime casts a threatening shadow. As suspicion falls on Hansen, all his secrets are about to collide with Tessa’s. Now the pasts they were determined to outrun are catching up to them. So is a killer who’s putting their love—and their lives—on the line.

Her Other Secret by Helenkay Dimon is dashed with humor, danger, and enough heat. The pages fly by quickly. There is enough action and unpredictability to keep readers, like me, me engaged. One woman spots an unusual thing that leads to witnessing a man in a suit falling into the water. That same mysterious man then hides away from Tessa and Hansen. Sensing that Tessa won’t give up on the search of the man and the probability of her getting into danger, leaves Hansen worried. Taking up as her bodyguard, he knows things will get worse. Both her life and their relationship are in danger as well.

I liked how Tessa is a go getter. She is brave and determined to catch the mysterious person. However, she must also be aware of the consequences it will cause.  Both the local deputy and Hansen are keeping a watch on her. Just maybe the danger isn’t as a bad as they think.

Hansen is a cool collected guy until Tessa is being harassed by a teenage boy, or by putting herself in the line of harm. Hansen has his hands full where Tessa is concerned. Only he denies the attraction . But with his reactions, the attraction on his part is obvious.