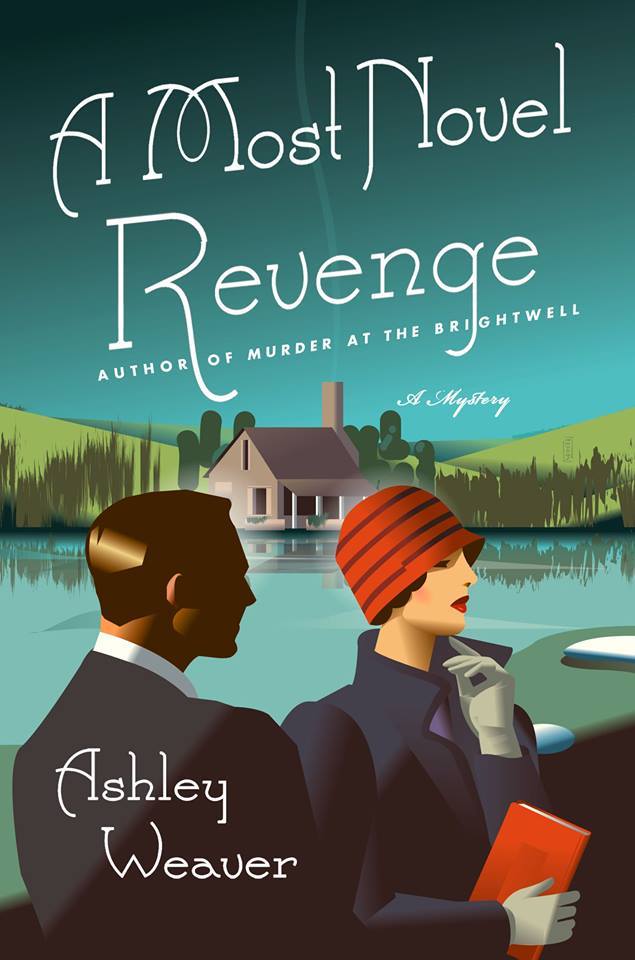 Amory and Milo Ames are drawn into the investigation of a years-old murder by a salacious novelist in the English countryside in the latest installment in this “smart and sophisticated” (Library Reads) series from a bright new voice in traditional mysteries.

With two murder investigations behind them and their marriage at last on steady ground, Amory and Milo plan to quietly winter in Italy. The couple find their plans derailed when Amory receives an urgent summons from her cousin Laurel to the English countryside. At Lyonsgate, the country house of Laurel’s friend Redinald Lyons, Amory and Milo are surprised to discover an eccentric and distinguished group of guests have been invited, led by notorious socialite Isobel Van Allen.

Isobel has returned to England after years of social exile to write a sequel to her scandalous first book, the thinly-fictionalized account of a high-society murder at the very country house the Ameses have been called to. Her second incriminating volume, she warns the house’s occupants—all of whom were present when one of their companions was killed years ago—will tell everything that really happened that fateful night. But some bones are meant to stay buried, and when a desperate person turns to murder, it’s up to Amory and Milo to sort through a web of scandal and lies to uncover the truth, and the identity of a killer.

A Most Novel Revenge by Ashley Weaver reminds me so much of my favorite television series, Masterpiece Mystery. I am surprised this novel series has not been on there yet. The characters are intriguing. I felt sympathy for the cast who had their lives turned upside down. Death, loss, and grief turn into a game of murderous revenge.

Two women want revenge. One for a man who never loved her. The other woman for having lost her loved one due to the other woman writing and accusing an innocent man of murder. The man who was innocent ended up killing himself because he could never have his woman. Her family separated them. This caused for hatred from the youngest woman. Her brother and his wife were evil to her. Denying her the love of her life. If sort of reminded me of Romeo and Juliet in a way.  The plot was exciting. I was clueless as to who did the murders and why.

The main characters, Amory and her husband Milo, were amazing. They made for an excellent pair. I loved how Milo wanted nothing more than to be with his wife in every passionate way. I liked the one line: running around naked in an Italian villa. It showed just how much he wanted his wife and how much he wanted to be away from all the cold murder business. I could not blame Milo. Amory loves her husband just as much. I felt the jealousy grow until her husband calmed her of that worry. Overall, this book was suspenseful, entertaining, and a clean read. I highly recommend it to all.