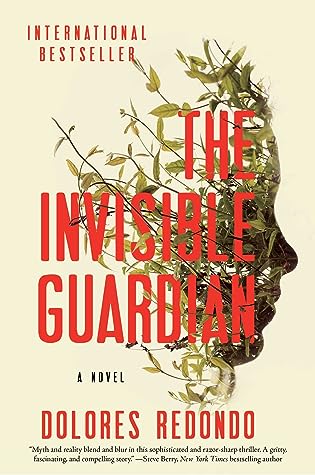 Already a #1 international bestseller, this tautly written and gripping psychological thriller forces a police inspector to reluctantly return to her hometown in Basque Country—a place engulfed in mythology and superstition—to solve a series of eerie murders.

When the naked body of a teenage girl is found on a riverbank in Basque Country, Spain, homicide inspector Amaia Salazar must return to the hometown she always sought to escape. A dark secret from Amaia’s past plagues her with nightmares, and as her investigation deepens, the old pagan beliefs of the community threaten to derail her astute detective work. The lines between mythology and reality begin to blur, and Amaia must discover whether the crimes are the work of a ritualistic killer or of a mythical creature known as the Basajaun, the Invisible Guardian.

Torn between the rational procedures of her job and the local superstitions of a region shaped by the Spanish Inquisition, Amaia fights against the demons of her past in order to track down a killer on the run.

The Invisible Guardian by Dolores Redondo is one riveting novel. It holds the power to transport readers deep into unknown territory where danger, murder, and mythology all come tumbling out…but are the growing numbers of deaths caused by a myth or a serial killer at large? The scenes are so vivid that, a chill escapes down my spine as I follow the female investigator. So many have died. The leading investigator has her own demons to go through and then dealing with this kind of crime only heightens the suspense. Family, work, and death, are all related somehow…finding the answers won’t be easy.

The title of this masterfully woven novel comes from the myth called The Invisible Guardian. The people that live where the body count rises…blame The Invisible Guardian for all the bloodshed. But anyone who works in law knows myths don’t kill people. It only creates and spreads fear. Dolores Redondo is an excellent writer. Her tale is very compelling and kept me guessing with every page.

The story is about a community that finds itself in danger. Women’s bodies have been piling up…and no one knows who, how, or why. Soon, Amaia Salazar is asked to investigate te case. She’s the best investigator that they have and it’s up to her to figure everything out before it escalates even more out of control. The ending definitely glued me to the edge of my seat…as the shocking news that the marks on one woman’s body match that with others that have been dead way before the serial killer was born. The human teeth marks on the dead bodies may or may not match their serial killer. The lure of who killed all those other women is now a leading question that leaves readers hanging in a cloud of suspense. I cannot wait for the next novel by this writer. Overall, I highly recommend this title to readers worldwide.