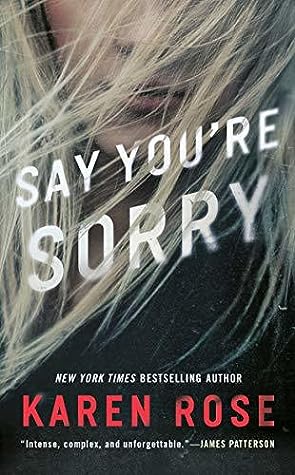 There is a serial killer on the loose, preying on vulnerable women. The only identifiable mark the killer leaves are letters–sometimes one, sometimes two–all carved into the torsos of his victims. Together they spell “Sydney.”

When he grabs Daisy Dawson, he believes he has found his next victim. But despite her small stature, she fights back with an expertise that quickly frees her. Before fleeing the scene, Daisy also manages to grab what proves to be crucial evidence: a necklace from around the killer’s neck.

The necklace is more than a trivial item–it is a link to a cold case that Special Agent Gideon Reynolds has been tracking for seventeen years. With Daisy’s help, Gideon finally has the opportunity to get closer to the truth than ever before.

But they might not get the chance, as the serial killer has a new target: Gideon and Daisy.

It took me two hours straight to read this novel from beginning to end. I could not put it down. Even despite the few interruptions, I went back and kept on reading. Karen Rose outdid herself in this novel. The huge volume of this book, had me wondering at first. I am really happy to say I loved all 614 pages of it. Suspense, murder, mayhem, and romance all in one epic read. The characters were easy to follow. Their personalities made me laugh, cry, and help root for them. So many hidden issues woven brilliantly into the story. I don’t want to give them away. Only know, it was satisfying every step of the way. Karen Rose kept me on the edge. I needed to know what would happen next and what was in store for the characters. Plus, there was  a mysterious investigation from the past that pulled into the current murder investigations. It was pretty creepy. The murderer was so believable it’s a good thing that the character was fictional only. So many lives lost and found. Terrible truths and betrayal of the worst kind are opened in this book. Dark, engaging, and realistic. I highly recommend, Say You’re Sorry to all readers.