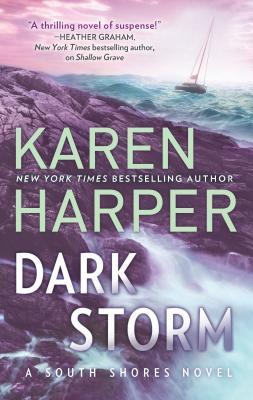 There are some forces you can’t outrun…

Forensic psychologist Claire Markwood has experienced her share of disaster. But nothing could prepare her for her sister, Darcy, going missing. Claire rushes to the butterfly sanctuary where Darcy has been working, prepared to do what she does best–work the clues. But her sister, along with her car and some of the sanctuary’s rarest species of butterflies, has seemingly vanished without a trace.

Amid a flurry of mysterious leads and dead ends, Claire and her criminal lawyer husband, Nick, tap every resource at their disposal. But the deeper they dig, the more unsettling the case becomes, dredging up old family secrets that shake the foundation of everything Claire thought to be true. Because some secrets aren’t just threatening–they’re deadly.

Dark Storm by Karen Harper is a slow burn romantic suspense novel. The characters are quickly introduced and they spring into action. The immediate threat escalates as I dug deeper into the book. The beginning of the plot felt slow. The middle and ending were faster. A family torn apart by betrayal and secrets soon learns a hidden truth. Sisters who fight for each other are separated after one of them has been kidnapped. Plans for torturing the captured sister are in the making. However, the bad guys underestimate the depth in which this family fights for each other and to what lengths they will go. Overall, I loved the sibling bond, the motherhood dilemmas, and the romance between the couples. This was a great read.